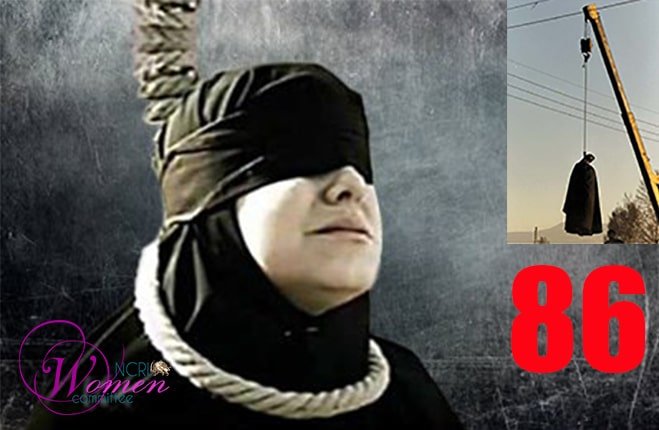 A young woman identified only as Noushin, 25, was hanged on Saturday, December 22, 2018, the Iranian state-run ROKNA news agency reported.

It is not clear in which city and prison the execution took place.

The young woman had been interviewed by a state-media reporter just before being hanged as she was waiting in the courtyard for her sentence to be carried out.

Noushin was convicted of murdering a man, Soheil, who had promised to marry her, but took advantage of her, and subsequently brutalized, blackmailed and forced her into having sexual relations with his friends. (The state-run ROKNA news agency – December 22, 2018)

Noushin did this for a month before she decided to stop this situation by killing the man who was forcing her to do so.

Noushin is the 86th woman to be executed during Rouhani’s tenure.

She is not the first victim of violence who is being executed for defending herself and her dignity.

Iranian women who are victims of violence receive no support from the government. They are either forced to go back home with the same husband who batters them or are sentenced to execution, or retribution in kind, if they commit murder in self-defense.

Reyhaneh Jabbari, an interior designer, was executed on October 25, 2014, after seven years of imprisonment for defending herself against rape by a senior Intelligence Ministry official.

At least a dozen women linger on death row in Qarchak Prison in Varamin for reacting in self-defense against violence. A similar situation exists in other prisons across Iran where many of the women convicted of murder have acted in self-defense in the face of violence directed against them.