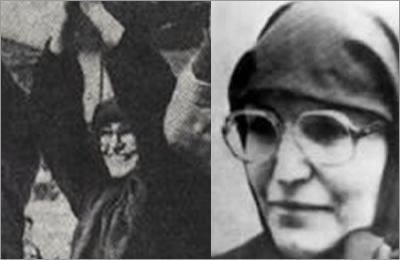 history is the courageous participation of elderly women in the battle with the clerical dictatorship. They created unforgettable epics under torture and at the time of execution.

On December 26, 1981, Mrs. Massoumeh Shademani, 60, was executed by the Khomeini regime. She had joined the PMOI when she was 40 and had four children.

A few years after joining the PMOI, Mrs. Shademani was arrested by the Shah’s SAVAK and viciously tortured. After five years of imprisonment, she was freed in winter of 1979 along with the last group of political prisoners freed by the Shah.

Then she resumed her activities in the PMOI centers. She was nominated as candidate for the first parliamentary elections after the revolution. After the beginning of the Iranian people’s just resistance on June 20, 1981, she was arrested and taken under torture in Evin Prison. The Butcher of Evin, Assadollah Lajevardi, and his guards did the worst they could to break her, but she was courageously steadfast under torture and was ultimately executed on December 26, 1981.