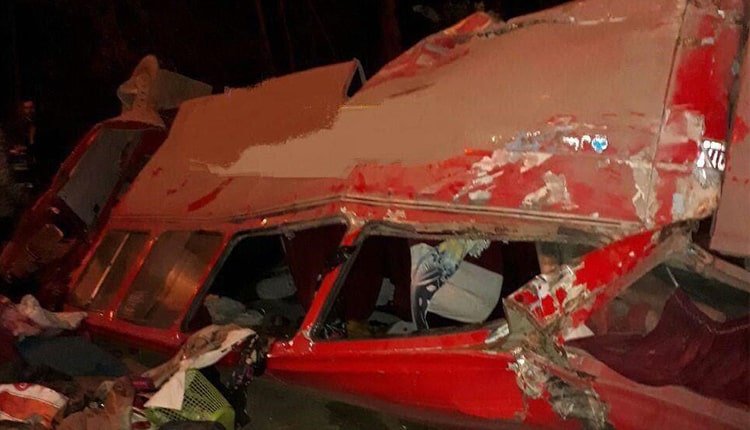 A bus transporting female gardeners of the Citrus Gardens in Mazandaran, overturned on Wednesday, December 26, 2018. All the passengers, including 14 female gardeners, were injured along with the bus driver.

This bitter accident occurred on the Galugah – Nokadeh road. Zakaria Ashkpour, the spokesman for the Emergency Department of Mazandaran, said that after some first aid, all of these women were transferred to the Samen Alaem Hospital in Galugah and the Shohada Hospital in Bandar-e Gaz.
According to local sources, female passengers were all female gardeners of the Citrus Gardens who suffered from the incident when they were returning from work after picking oranges.

Considering the harvest season of citrus, and especially oranges, in Mazandaran’s gardens, most of the workers are hardworking female gardeners who go to work every day from different villages with minibuses or other vehicles and return to their villages at sunset.

In recent years, given the increase in men’s wages in the agricultural and gardening sector, employing female workers has been embraced by employers because they only earn a third of men. The women workers work as daily wage earners, and they do not receive any benefits or support in case of accidents at work or otherwise in a car accident. (The official IRNA news agency – December 27, 2018)

Last November, 23 women workers were injured in an accident in northern Iran when the minibus carrying them overturned into a water canal near the Tabaqdeh village on the fringe of the Islamabad city in Miandorud, Mazandaran Province.

Previously, on April 15, 2018, a Nissan vehicle was overturned on the Lak Pol area of the Qaemshahr – Babol road. Seven women workers were injured and transferred to the hospital. (The state-run Salamatnews.com – April 15, 2018)