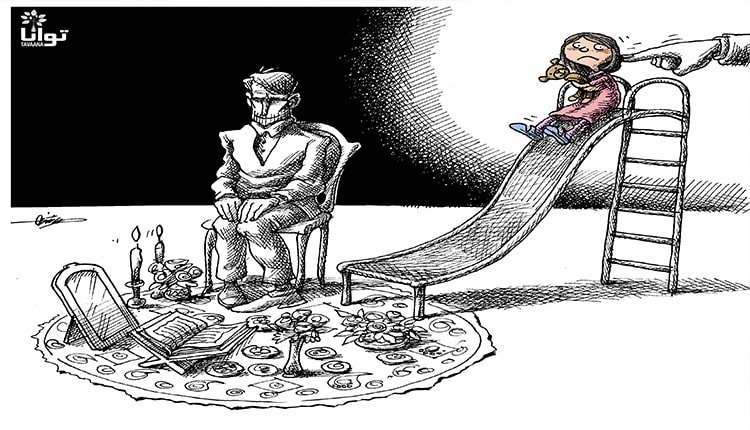 Six per cent of Iranian girls get married between 10 and 14 while the bill proposing to increase the marriage age for girls was recently turned down by the parliamentary Judicial Committee.

Parvaneh Salahshouri, head of the women’s faction in the mullahs’ parliament, spoke about this issue in a meeting in Tehran on child marriages. She said, “We continue to see girls get married between 9 and 14 years of age… Some 6 per cent of those who get married are girls between 10 and 14.” (The official IRNA news agency – January 6, 2019)

She continued her remarks, “Do we want to realize population growth by marriages of girls under 13?… There are one million young men and women who do not have the wherewithal to get married. Instead of opposition to the bill on child marriages and focusing on the marriage of 40,000 kids, it might be better to provide these youths the resources they need.”

Salahshouri added, “How could a 10-year-old be deprived of the right to vote but be able to get married while she is not prepared at all to tend to the needs of her husband and is not in any way prepared to be married and bear a child? Given their health and healthy pregnancy, many of these women suffer from cancer after they reach 30.”

The special assistant to citizens’ rights in the presidential directorate on women and family affairs, Shahnaz Sajjadi, also addressed the same meeting.

Describing early marriage as “one of the tragedies of our times,” Sajjadi said, “Child marriage violates children’s rights and we are not entitled to obliterate the childhood of any human being. Under our law, a minor (under 18 years of age) is not entitled to own a property, have a driver’s license or vote because he/she is considered immature. How do we expect such a person to be able to get married? This is while the Convention on the Rights of the Child reiterates that a child becomes mature at the age of 18.” (The official IRNA news agency – January 6, 2019)

The Iranian regime’s experts have estimated that 180,000 of under-18 child marriages take place in Iran, every year.

Zahra Navidpour commits suicide after being raped by regime official