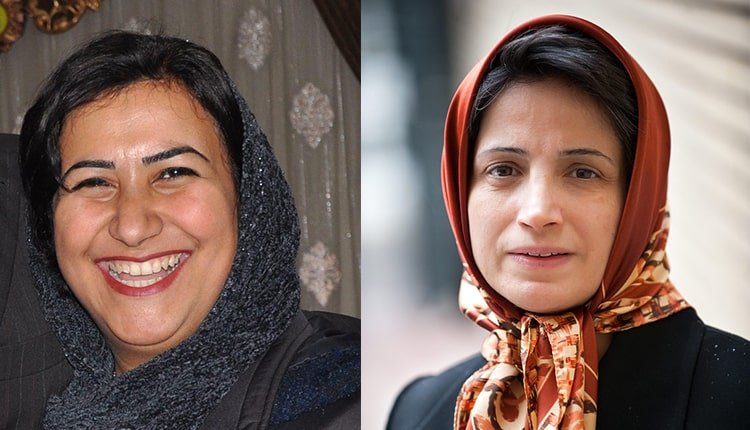 Women prisoners of conscience Nasrin Sotoudeh and Azita Rafizadeh objected to the restrictions on telephone calls to families for women prisoners in Evin Prison.

Since Sunday, January 6, 2019, Nasrin Sotoudeh and Azita Rafizadeh stopped their telephone calls to their families to demonstrate their protest and announced that they would refrain from calling anyone outside the prison until the restrictions are lifted.

Until this week, women prisoners of Evin Prison had been able to call their families three times a week, each time for 20 minutes. But the prison authorities have reduced this time to only 10 minutes.

This increasing pressure on women in Evin Prison occurs while in various men’s wards, they can call every day from 8 a.m. to 9 p.m.

Prison authorities are trying to increase the pressure on women prisoners and make their situation more difficult with compelling measures such as banning their visitations.

This is harder for women prisoners who are mothers and have young children. Political prisoner Nasrin Sotoudeh has two children, 18 and 12 years old, and Azita Rafizadeh, a Baha’i prisoner, has a 9-year-old son. Ms. Rafizadeh’s husband is currently sentenced to 5 years’ imprisonment. In another development on Wednesday, January 9, 2019, Ms. Sanaz Allahyari, a member of the editorial board of the Gam Magazine, was arrested by security forces at her father’s house in Tehran. Female journalist, Sanaz Allahyari was transferred to an unknown location after being arrested by intelligence agents.