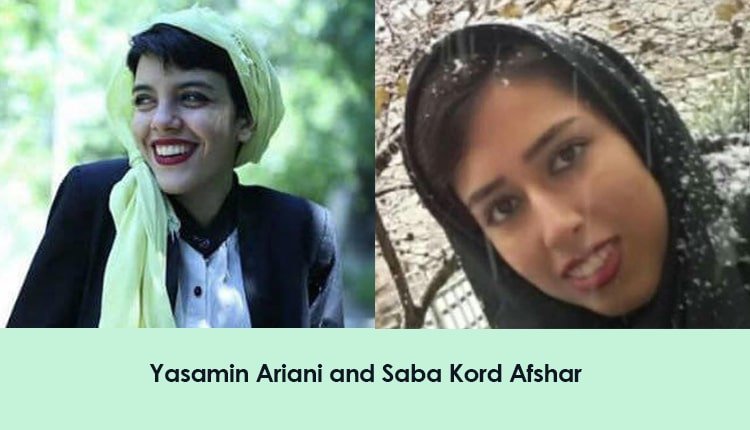 Three female protesters detained in the women’s ward of the Evin prison —Saba Kord Afshar, Yasamin Ariani and Azar Heydari— have sent out an open letter expressing their protest against high prices and living conditions of the Iranian people, and vowing to stand beside their fellow compatriots. The full text of this letter follows:

Iran, a country, rich with mines and oil wells, a wealthy country with poor people.

This is a sentence we always think about. Most of the Iranian people live below the poverty line, with meager incomes that help them survive but not enjoy life.

For years, we have been told to thank God for one bite of bread. The saying comes from those who have pocketed a lot of money.

God must have thanked a thousand times, but what should we do when our rights have been taken from us?

That day we found out that nothing has changed. Everything is like the murders, arrests and repression of the 80’s, 90’s, and 2009.

The difference is that now they smile at people; they lie and keep people hungry (both physically and intellectually), and the proof of this is in the painful events that have been repeated for a year: lack of water in Khorramshahr, detention of minorities, economic inflation, execution of political prisoners, the privatization of Haft Tappeh (Sugarcane Complex) and the arrest of workers, school fires, sexual abuse of students, the protests of teachers to obtain their rights, the executions of the “kings of embezzlement,” the bus crash at the School of Research and Sciences, and the arrests of those who protested this terrible accident…

Iran has been sanctioned because of its violation of human rights and the allocation of the lion’s share of the country’s capital to military budgets for internal and external conflicts. Now, the Iranian people have to pay the price for the regime’s irresponsibility and put up with the more difficult living conditions.

Perhaps they do not know that these days, the Iranian people have become more aware and will not remain silent in the face of the tyranny imposed on them. The Iranian people will stand hand in hand. Everyone from every ethnicity or social class, they stand against oppression and shortcomings.

We, Saba Kord Afshar, Yasamin Ariani, Azar Heydari –three of those detained on August 2, 2018– continue to stand beside the beloved and aware people of our country and continue to protest along with you against the prevailing injustices.