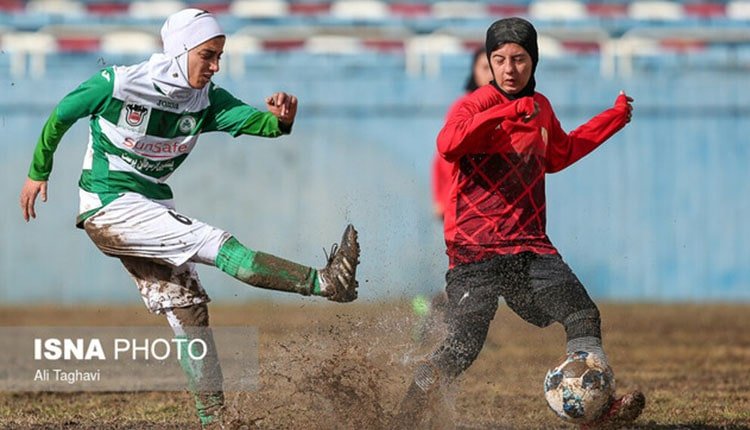 The league of women’s football teams in Iran faces sub-standard conditions for the winter games and the games do not have any quality even in the capital, Tehran.

The league of women’s football teams has started its seventh week. However, the fields in the stadiums specified for women’s games are in no good condition, increasing the possibility of players tripping and hurting themselves. Winter has added to the problem and the games cannot be held regularly and with good quality. Hajar Khorassani, supervisor of the women’s football team of Isfahan’s Steel Company had an interview with ISNA news agency on the u. She said, “The quality of the field was not good at all. When my players stepped into the field, they plunged into mud and could hardly pull out their feet. Who would account if the ACL (Anterior Cruciate Ligament) of one of the players gets injured? I would have never imagined that we would face such a field in Tehran.”

The women’s football league is still going but no suitable decision has been made to make the conditions standard. There are no good-quality sports fields for women football players in Iran, ISNA wrote. (The state-run ISNA news agency – January 19, 2019)