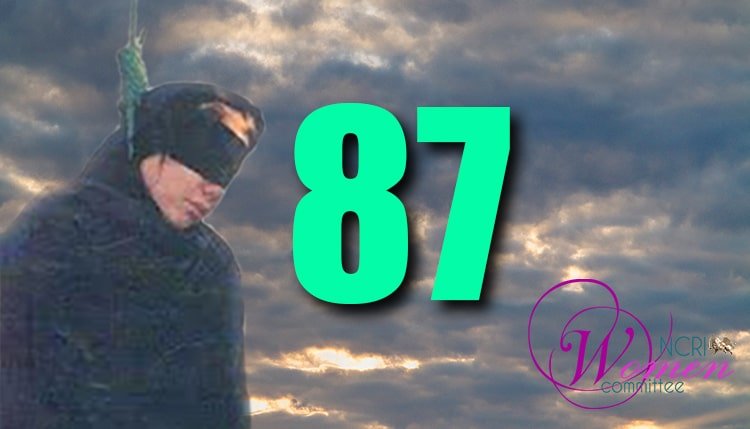 Woman hanged in Nowshahr is the 87th executed under Rouhani

A young woman was hanged in Nowshahr Prison.

A woman only identified as M.A. was hanged Wednesday morning, January 30, 2019, in the Prison of Nowshahr, in the northern Iranian province of Mazandaran.

She had been imprisoned for six years on death row on the charge of deliberate murder.

The is the 87th woman who is hanged during Hassan Rouhani’s tenure as the mullahs’ president.

The Iranian regime uses execution as a tool to suppress and silence a disgruntled public the majority of whom live under the poverty line, are unemployed and deprived of freedom of expression. Execution is a tool which helps the mullahs’ regime hold its grab on power.

Iran is a world record holder of per capita executions. Over 3,600 executions have been carried out in Iran only during the five years of Rouhani in office.

Iran is the only country in the world that frequently sends women and minors to the gallows.

Earlier, UN High Commissioner for Human Rights, Michelle Bachelet, condemned the execution of Zeinab Sekaanvand Lokran, the 84th woman executed in Iran under Rouhani, by issuing a statement on October 5, 2018, calling it a “sheer injustice.”

She stressed that the UN Human Rights Office opposes the use of the death penalty in all circumstances, as no judiciary in any part of the world is mistake-free.

1,800 Children Separated From Their Imprisoned Mothers