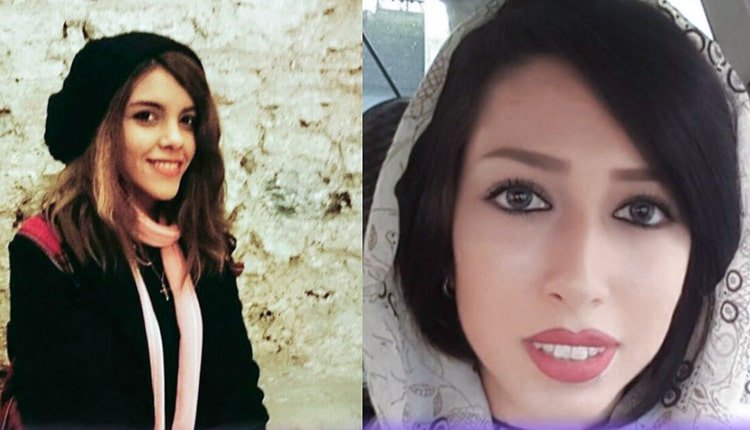 On January 17, 2019, the official Iran daily newspaper claimed that “The security (political) convicts have no problems and are in the best situation in terms of phone calls, family visits and using medical facilities.”

Yasaman Aryani and Saba Kord Afshari stated in their open letter that, “All of these claims are unfounded and false.” They mentioned a few examples, including the fact that “the women’s ward of Evin Prison did not have a telephone for many years, and the only way the prisoners could contact their family was a weekly 20-minutes visit. After a series of follow-ups, a telephone was finally brought in the ward; the activities included a 20-day hunger strike by some of the loved ones. Despite the efforts we made, it did not work out, and instead of 60 minutes of telephone calls per week, each person only has 30 minutes, that means only three days a week for 10 minutes.”

They then pointed out the visitation ban of two political prisoners Golrokh Iraee and Arash Sadeghi and that they have been uninformed about each other for 10 months. Yasaman Aryani and Saba Kord Afshari also noted that women political prisoners had to go on a hunger strike for access to dental care after a year of follow-up.

In part of their letter referring to political prisoner, Maryam Akbari Monfared, Yasaman Aryani and Saba Kord Afshari wrote, “According to the law of prisons, every prisoner is granted a three to five day leave every two months, while there are those here after 10 years of their imprisonment have not been granted leave despite having the leaving conditions. ”

In the end, they pointed out the shortage of food distribution, which has had a harmful effect on the female political prisoners.

Yasaman Aryani and Saba Kord Afshari were arrested in Tehran during the protests in August 2018 and sentenced to one year in prison. They are currently detained in the women’s ward of Evin Prison.