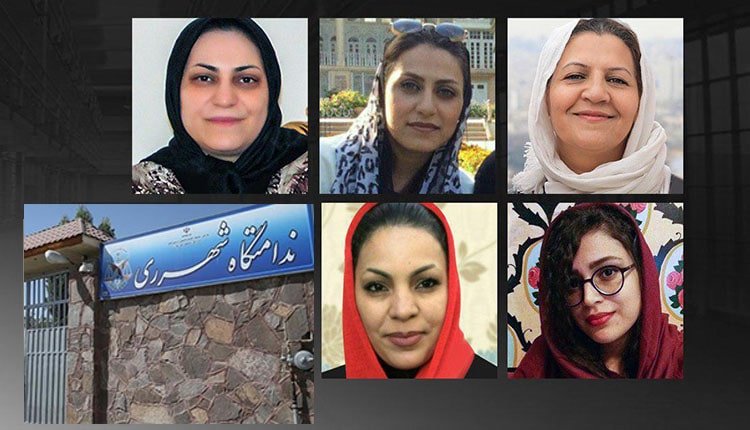 The Sufi women who have been recently locked up in the same ward with drug-trafficking inmates in Qarchak (Shahr-e Ray) Prison of Varamin, wrote a letter of protest to the prison’s warden, Mohammadi, on January 31, 2019.

According to prison rules, the Prisons Organization is obliged to detain prisoners in separate categories based on the crimes they have committed.

The Sufi women, however, have been imprisoned in the same ward with prisoners convicted of drug-related charges, theft and social crimes, despite being prisoners of conscience sentenced on national security charges.

Shokoufeh Yadollahi, Elham Ahmadi, Sepideh Moradi, Sima Entessari, and Shima Entessari have been detained under the most difficult conditions in the Qarchak Prison. Three of them were in the same ward with prisoners convicted of financial crimes. The latter prisoners were recently relocated in the prison and replaced with prisoners convicted of drug-related offences, murder and theft. Presently, the Sufi women are in danger of physical threats to their lives.

Shokoufeh Yadollahi who suffered a crack in her skull at the time of arrest, has chronic headaches and is supposed to be detained in a clean environment according to the doctors’ prescription, but is presently detained among addicted women.

The latest reports indicate that she has lost her power of speech due to inhaling the smoke of drugs and cigarettes consumed by other inmates.

Elham Ahmadi and Sepideh Moradi held a protest on Monday, January 28, at the entrance to the prison hall, demanding action on the treatment of Ms. Yadollahi.

The State Security forces (SSF) shot Ms. Sima Entessari by shotguns at the time of arrest. A year after the crackdown, the shots are still in her leg.

The Sufi women have been humiliated and brutalized many times because they have complained about the dire conditions in the Qarchak Prison and the treatment of inmates by prison officials. They have also been deprived for long periods of making telephone calls or having visitors.

The Sufi women were arrested during the crackdown on the protest of Gonabadi dervishes on February 19, 2018, and have been imprisoned in Qarchak Prison since February 20 last year. Each of them have received a five-year sentence.