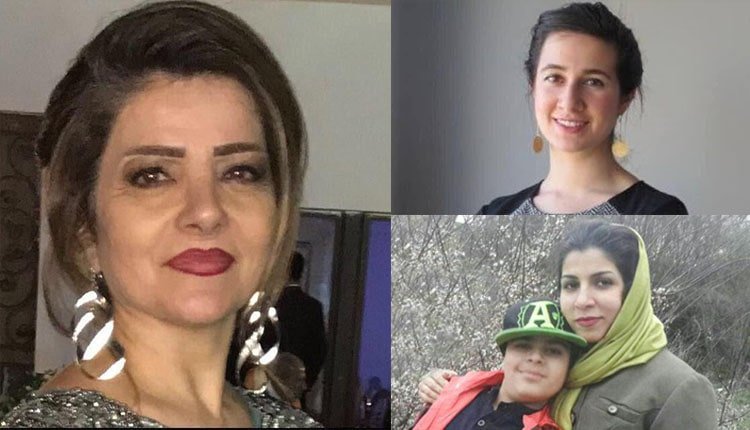 Women have been arrested for their faith, or for their activities to promote civil or human rights. A number of women also continue to be detained under undetermined status for unknown reasons.

Environmental activist Niloufar Bayani announced that she had been beaten and brutalized, threatened and tortured on numerous occasions by the Revolutionary Guards agents during her year-long detention in an IRGC jail, and was forced to make false confessions against herself.  She made the testimony during her second trial session on Saturday, February 2, 2019.

Afsaneh Imami was arrested at home on Saturday, February 2, 2019, by security forces who did identify their agency. Reports from Tehran indicate that the agents broke into her house at 7 p.m. and ransacked the house in the presence of her husband, confiscating her cellphone, computer and books. They arrested Ms. Imami at 11 p.m. when she arrived home.

Afsaneh Imami has been arrested for her conviction in the Baha’i faith.

Another Baha’i woman, Maryam Ghaffarmanesh, has been detained under undetermined status for 4.5 months in Evin Prison. She was arrested by security forces on September 16, 2018.

A civil activist, Hakimeh Ahmadi has been detained under undetermined status in the Prison of Marand for three months since when she was arrested on October 18, 2018, by security forces.

Labor activist Parvin Mohammadi, vice-president of the Free Union of Workers in Iran, was transferred to the women’s ward of Evin Prison at mid-night on Sunday, February 3, 2019. Ms. Mohammadi had been arrested on January 28, 2019, in a raid on her home and taken to Kachoui Prison on a temporary one-month sentence.

In another development, the case of Nasrin Sotoudeh, the human rights lawyer who is imprisoned in the women’s ward of Evin Prison, has been referred to the Review Court, Branch 36, for revision. Ms. Sotoudeh has been sentenced to five years in prison.