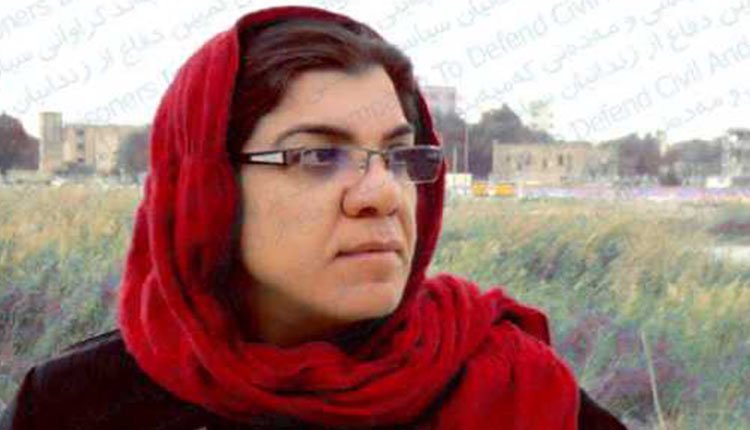 After 12 days from the arrest and transfer of labor activist Parvin Mohammadi on February 4, to the Evin Prison in Tehran, her family and friends have no news of her situation.

During the past 12 days, she has not had any contact with her family and friends. Ms. Mohammadi’s close relatives are very concerned about the health of this labor activist because she suffers from illnesses such as severe migraine.

Ms. Parvin Mohammadi, vice-president of the Free Union of Workers in Iran was arrested on January 28, 2019, by SSF agents in Fardis, Karaj. Subsequently, Ms. Mohammadi was transferred to Kachoui prison in Karaj on Thursday, February 1, 2019, and transferred to Evin Prison on February 4.

She was arrested a few hours after the arrest and detention of Jafar Azimzadeh, Secretary of the Board of Directors of the Free Union of Iran Workers.

The Fardis Prosecutor’s Office in Karaj refused to accept the 300 million toman bail that was prepared at 8 am (local time), January 312, 2019, for labor activist Parvin Mohammadi. After her case was constantly handed over to various branches of the court, she eventually received one-month detention.

Ms. Parvin Mohammadi is a labor activist who has always spoken out in support of Iranian workers and their representatives. On Tuesday, December 11, 2019, in front of the parliament in support of the workers of Ahvaz Steel and Haft Tappeh, she delivered an enlightening speech. She had also published an open letter on December 20, 2018, blasting the clerical regime for ordering nightly raids on the houses of Ahvaz Steel workers and arresting them. In another event, a Baha’i woman named Atesa Ahmadaii Rafsanjani (Khorrami) was detained by security forces in Tehran on Sunday, January 20, 2019, and transferred to Evin Prison.

According to Ms. Ahmadaii’s relatives, Evin Prison authorities informed them that she was detained at Evin Prison and in solitary confinement at Detention Center 241. But so far she has not been allowed any contact with her family. Ms. Ahmadaii is not physically well and was being treated before her arrest. Her family is very worried about her uncertain situation.