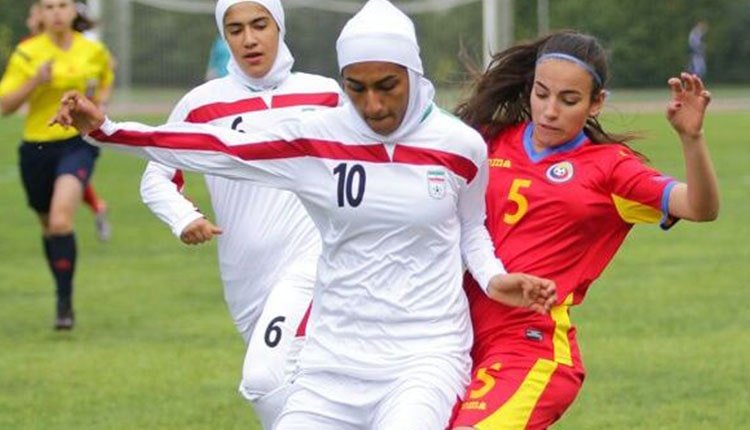 The Iranian women’s soccer team was deprived of competing at the Azadi Stadium, and their match with the Belarusian soccer team will be held at the Ararat Stadium.

According to the previous schedule, a friendly match between Belarus and the Iranian women’s soccer team was scheduled to take place at Azadi Stadium. Mehdi Taj, president of the Iranian Football Federation, had announced that the game would be held at the Azadi Stadium. Unfortunately, without paying any attention to the rights of the women’s soccer players, the Football Federation and its officials, contrary to their promises, did not allow the game to be held in Azadi Stadium, and once again deprived women of their freedom to enter the stadium. (The state-run ISNA news agency – February 23, 2019)

The delay was caused by changing the game location from Ekbatan Stadium to Resalat Stadium and the lack of coordination and negligence of the authorities. The game, which was scheduled to begin at 12 pm (local time), began at 14 pm.

“They promised us that the game will start at exactly 12:00. Our players were waiting on the sidewalk until 13:00, at 13:30 they were authorized to enter, and the game started at 14:00. and all the players who had plane tickets between 14:00 and 16:00 missed their flight. We feel sorry for the capital’s host,” said Mastureh Yazdani, the head of the Sirjan Municipal Team.

Earlier, in a soccer match between the Azarakhsh and Zob Ahan teams, the game was held on a ground full of mud. The female soccer players were covered with mud and had to change their official uniform after the first half-time. (The state-run ISNA news agency – February 22, 2019)