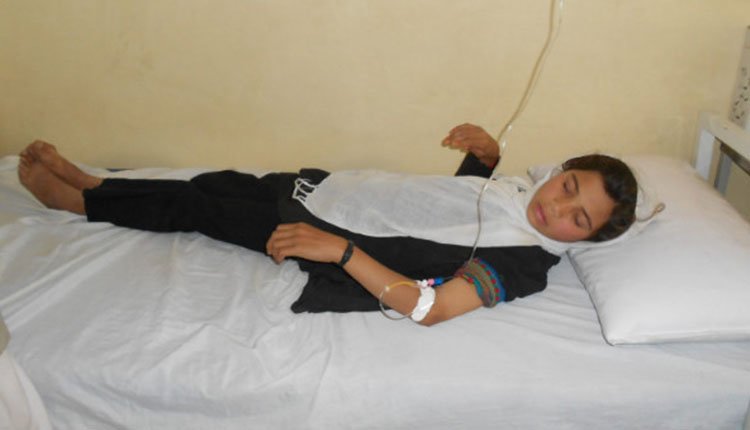 204 girl and boy students at a boarding school in Esfarayen were hospitalized for food poisoning.

In an interview with the state-run IRNA news agency, Taher Rostami, Governor of Esfarayen announced on Monday, February 25, 2019, that 175 of these students were sent to the emergency department and the doctor at the site where they were treated as outpatients and 29 others were transferred to the hospital for treatment.

The head of the Esfarayen School of Medical Sciences had announced that only 14 girl and boy students were poisoned on Monday morning. But this figure eventually reached up to 204 students. One of the poisoned students admitted to the hospital has a history of heart disease.

Relating to the poisoning, Rostami said, “We are waiting for the test result on the students’ food consumption which was served for dinner the previous night. To this moment, the cause has been announced as food poisoning. Student dormitory food is provided by a centralized kitchen of the Education Department. The students had mashed potatoes for dinner last night.”

The official IRNA news agency also stated that the head of the Esfarayen Education Department had not responded to this issue, and we were not able to obtain any results because he would not answer his phone. (The state-run IRNA news agency – February 25, 2019)

On Tuesday, January 29, 2019, 25 girl students were poisoned after a carbon monoxide leak at the Payame Hedayat Girls’ Primary School in Bam.

Also, on January 21, 2018, 23 high school girls in Mashhad were poisoned at school when the heater in their classroom gave off Carbon Monoxide. This was announced by Pir Hossein Kolivand, head of the National Emergency Room. He said the tube leading the gas out of the room had been blocked and the gas spread in the classroom. (The state-run ROKNA news agency – January 21, 2018)