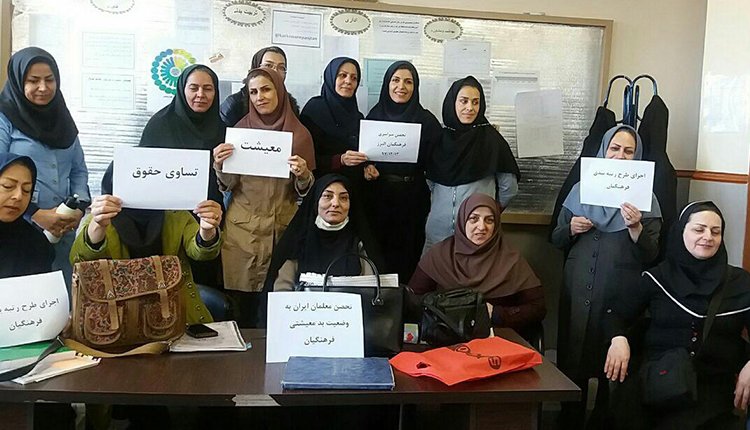 Second day of sit-ins and strikes by teachers across Iran

The second day of nationwide sit-ins and strikes by teachers and educators continued on Monday, March 4, 2019, in more than 44 different cities of Iran.

On the second day of the fifth series of sit-ins and strikes, which were launched according to the previous call by the Teachers Corporate Union of Iran, were held in the following cities: Alongside the sit-ins and strikes of teachers, the defrauded clients of the Caspian Credit Institute in Tehran and the Padideh Shandiz in Mashhad launched protests gatherings on Monday, March 4, 2019. In Tehran, this protest rally was held in front of the clerical regime’s parliament. The defrauded depositors of Padideh Shandiz in Mashhad in front of the Khorasan Razavi governorate building.

The employees of Edalat Stocks Co. also held a protest on this day in front of the privatization building for the second consecutive day in protest to the uncertainty about their employment status and their delayed wages. (The state-run ILNA news agency – March 4, 2019)

Innocent young woman hanged by her husband dies in hospital