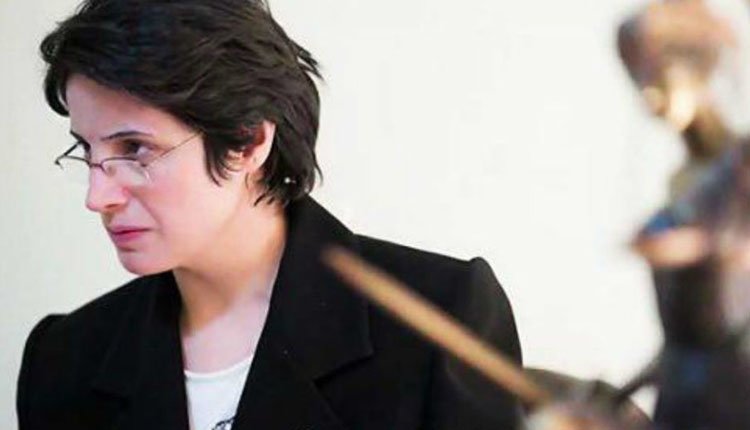 Human rights lawyer Nasrin Sotoudeh who is currently in prison, was sentenced to 38 years prison and 148 lashes.

The Women’s Committee of the National Council of Resistance of Iran strongly condemns the anti-human and misogynist sentence by the mullahs’ regime.

During a brief telephone conversation with her husband, Nasrin Sotoudeh asserted that her sentence is 38 years in prison and 148 lashes.

Her statement follows the judge overseeing her case reporting to the media that Nasrin Sotoudeh has been sentenced to seven years in prison.

Sotoudeh’s husband, Reza Khandan, wrote on Facebook on March 11, 2019, that the imprisoned human rights lawyer, Nasrin Sotoudeh has been sentenced to 38 years in prison and 148 lashes (five years for one case and 33 years for a second case involving a combined total of nine charges).

Amnesty International called the “sentencing of prominent Iranian human rights lawyer and women’s rights defender Nasrin Sotoudeh to 33 years in prison and 148 lashes in a new case against her is an outrageous injustice.”

“It is absolutely shocking that Nasrin Sotoudeh is facing nearly four decades in jail and 148 lashes for her peaceful human rights work, including her defence of women protesting against Iran’s degrading forced hijab (veiling) laws. Nasrin Sotoudeh must be released immediately and unconditionally and this obscene sentence quashed without delay,” said Philip Luther, Amnesty International’s Middle East and North Africa Research and Advocacy Director.

“Nasrin Sotoudeh has dedicated her life to defending women’s rights and speaking out against the death penalty – it is utterly outrageous that Iran’s authorities are punishing her for her human rights work. Her conviction and sentence consolidate Iran’s reputation as a cruel oppressor of women’s rights.”

“Jailing a human rights defender for her peaceful activities is abhorrent but the fact that the judge in Nasrin Sotoudeh’s case used his discretion to ensure that she stays locked up for more than is required under Iranian law compounds the outrageous injustice of her sentence,” said Philip Luther.

“Governments with influence over Iran should use their power to push for Nasrin Sotoudeh’s release. The international community, notably the European Union, which has an ongoing dialogue with Iran, must take a strong public stand against this disgraceful conviction and urgently intervene to ensure that she is released immediately and unconditionally.”

This is the harshest sentence Amnesty International has documented against a human rights defender in Iran in recent years, suggesting that the authorities – emboldened by pervasive impunity for human rights violations – are stepping up their repression.

Imprisoned human rights lawyer Nasrin Sotoudeh, who previously served three years in prison, was tried in absentia in December 2018, at Branch 28 of the Revolutionary Court in Tehran, presided by judge Mohammad Moghiseh. She has been in prison since June 2018 after she was detained for representing women who had been arrested during protests in Iran.