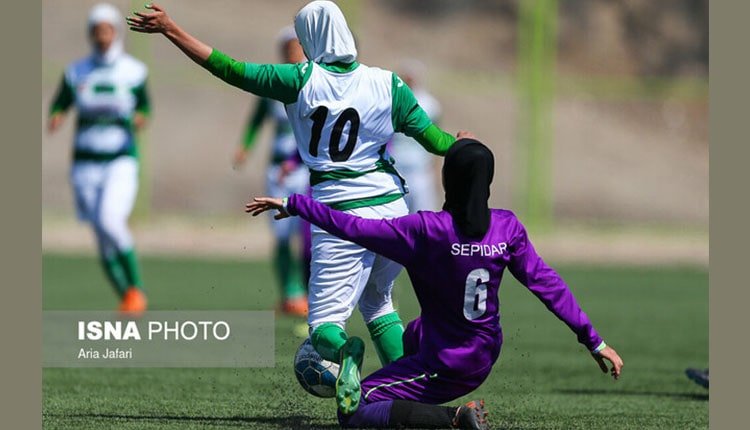 The Iranian women’s football league is being held under deplorable conditions.

The Azarakhsh football team of Tehran which is the only team representing the capital in the league is struggling.

Tehran women’s football team of Azarakhsh does not have a suitable field for its practices. They play in a field which is smaller than the standard football field. They do not do any body building. They do not receive any support from sports institutions and it is not clear how long they will be able to stay in the Iranian women’s football league.

Khodayar, CEO of Azarakhsh club, explained the team’s problems. “Unfortunately, we do not have any sponsor. We cannot add a few effective players. We have a lot of financial problems. We are strangers in Tehran. Neither the municipality nor the parliament, back us. We have time and again explained our financial problems, but no one cares a bit.  We do not even have a standard field. Every day, we are practicing in a new place. On the one hand are our financial problems and on the other, there is the problem of injustice.”

In addition, in the 12th week of the Iranian women’s football league, the Southern Pars Team of Bushehr sent only nine players, instead of 11, to play in the games. Southern Pars represents Bushehr Province in the league. It participated without its main coach and was accompanied only by a supervisor. Somayyeh Bashi, the assistant coach of Southern Pars, said on March 11, “We played with nine players. We did not have a goal keeper, so one of the players stood in front of the gate. This was because one of our goal keepers could not participate due to a problem for her kid. Another could not come because of family problems.”

Due to financial problems, the Southern Pars players boarded on a van to go to Kerman to play their game in the Iranian women’s football league. (The state-run ISNA news agency – March 11, 2019)

Nurses protest in Kashan and Babol demanding their rights