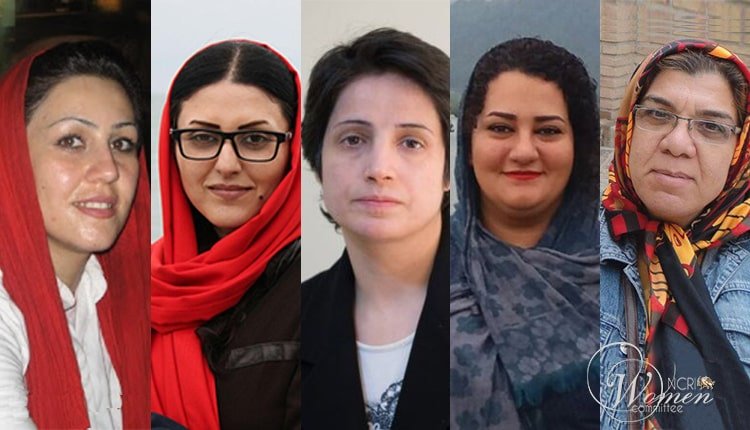 The arrest and imprisonment of women activists has escalated in Iran since late January. The regime is ratcheting up pressure on political prisoners including female inmates to create an atmosphere of fear and terrorize a disgruntled and restless society.

The regime’s most shocking measure was handing down a 38-year sentence for human rights lawyer Nasrin Sotoudeh for her peaceful human rights work.

On the same day, on March 7, 2019, the clerical regime appointed Ebrahim Raisi as head of Iran’s judiciary. A member of the Death Committee in the massacre of 30,000 political prisoners in 1988, Raisi must face justice for his crimes against humanity. His appointment signals a hard turn to even more repression by the clerical regime against the Iranian people and their organized resistance.

Following is a partial summary of the regime’s heavy-handed treatment of women activists and prisoners.

One of the most prominent among the arrested women activists was Parvin Mohammadi, a labor activist and Vice President of the Free Union of Iran Workers. Arrested at home on January 28, 2019, she was transferred to the women’s ward of Evin Prison at mid-night on February 3, 2019, and held incommunicado for almost two weeks before being released on bail in early March.

In early February, a former political prisoner, Mahin Akbari, was arrested in a raid on her residence and transferred to the Lakan Prison of Rasht after lengthy interrogations and torture in the detention center of the Intelligence Department of Rasht.

Mahin Akbari, 57 and a former political prisoner in the 1980s, suffers from various illnesses. She has been incarcerated among dangerous criminals.

Prison guards used excessive force in Qarchak (Shahr-e Rey) Prison in Varamin in response to prisoners’ protest trying to raise awareness that one of the prisoners needed medical care. They beat the inmates and used tear gas, firearms, and pepper spray during the raid on February 7, 2019.

Prison authorities subsequently cut off the electricity, water and gas and let the prisoners remain in the cold weather after being drenched by the fire engine. Despite inhaling large amounts of pepper spray and tear gas, the prisoners were left unattended until morning.

Sahar Kazemi, an environmental and civil activist and sports coach from Sanandaj, was another one of women activists who was sentenced to five years in prison by a Sanandaj Court because of her activities.

In early March, political prisoner Atena Daemi was not allowed to have her medical tests done at a hospital and receive medical care.

Atena Daemi has long been suffering from dizziness and numbness in the right eye. The medical physician in Qarchak Prison had requested an MRI for her in May 2018, but she has not been transferred to a hospital for the tests. Ms. Daemi was also deprived of family visits.

Arrested during the protests in December 2017-January 2018, Ensieh Abulhossieni was sentenced to three years in prison. She had been released after a month on bail, but was rearrested at the airport on February 10, 2019, while she was leaving the country.

The denial of visits for the imprisoned couple began when Arash Sadeghi was banished to Gohardasht Prison from Ward 350 of Evin Prison on October 18, 2017.

Human rights lawyer Nasrin Sotoudeh was sentenced to 38 years in prison and 148 lashes after two grossly unfair trials. The Women’s Committee of the National Council of Resistance of Iran strongly condemns this anti-human and misogynist sentence issued by the mullahs’ judiciary.

Ms. Sotoudeh’s husband, Reza Khandan, wrote on Facebook on March 11, 2019, that she has been sentenced to 38 years in prison and 148 lashes (five years for one case and 33 years for a second case involving a combined total of nine charges).

The 55-year-old human rights lawyer has been detained for her peaceful human rights work, including her defense of women activists and women protesting against the compulsory veil.