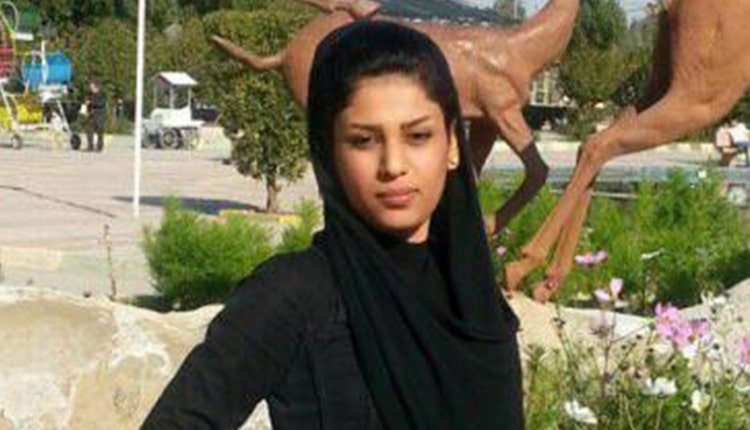 Ameneh Zaheri Sari held in limbo after 4 months of detention

After four months of detention, Ameneh Zaheri Sari is held in limbo in the women’s ward of Sepidar Prison in Ahvaz.

Ameneh Zaheri Sari, 20 and a student of accounting, was arrested at home on November 6, 2018, by forces of the Revolutionary Guard Corps Intelligence.

The IRGC Intelligence launched a new crackdown on the populace in and around Ahvaz, on September 22, 2018, when the parade of its military forces was attacked by armed men. Some 800 people were arrested in Khuzestan province and taken under interrogation. Arab human rights activists said at the time that many of the detainees were civil activists.

Ameneh Zaheri Sari, her father and two brothers were arrested and detained in this wave of arrests.

The arrests and detentions were arbitrary and illegal as security forces raided the residences of people after midnight or early in the morning without showing any arrest warrants. They beat up the whole family and took away their suspects.

Hattab Zaheri Sari, Ameneh Zaheri Sari’s father, is reportedly in dire health conditions. He suffers from GI problems, back problems and cataract. His situation is deteriorating but prison officials have refused to grant him permission to go to a city hospital and undergo surgery.

Ameneh Zaheri Sari is presently incarcerated in the women’s ward of Sepidar Prison of Ahvaz, where women have to endure unsanitary and intolerable conditions. They are deprived of their most basic needs. Prison cells are full of lice, cockroaches and other insects. Inmates are given dirty and unusable blankets. Inmates who have to sleep on the floor have horrible conditions because the sewage system is not working and contaminates the floors.

The dispensary of the women’s ward does not have a physician or even a nurse most days of the week. The meals are small and low-quality. Women usually find garbage in the food.