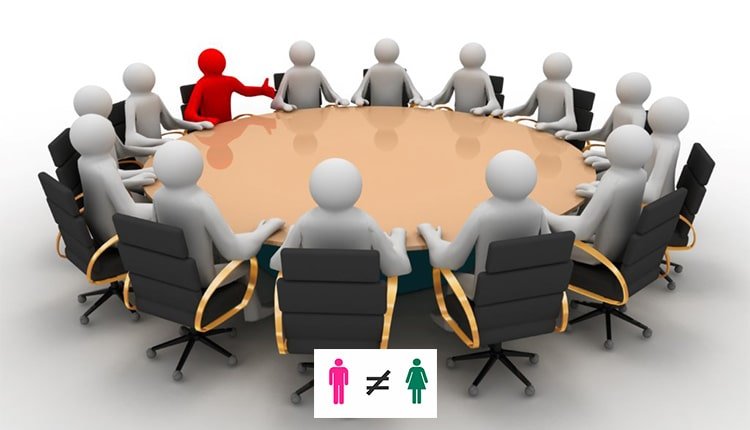 In the beginning of the Persian New Year, one of the official websites of the mullahs’ regime published an article on the reasons for the failure of women’s political participation in Iran.

In the article titled, “The government of hope and disappointment of women in 1397 (March 2018- March 2019)”, the state-run Didarnews website made illuminating admissions on women’s political participation in Iran, facts that had so far been pointed out only by the Iranian Resistance and specifically the Women’s Committee of the National Council of Resistance of Iran for many years.

Didarnews.ir wrote, “The presence of women in political positions is not necessarily synonymous with the improvement of the discriminatory social and political status of women in society. The limited participation of women as parliamentarians or ministerial deputies in the political structure has little impact on changing the legal procedures in favor of women or on improving their social status.” (The state-run didarnews.ir – March 21, 2019)

Not a single legislation passed for women

Didarnews points out that one of the promises made by Hassan Rouhani during his election campaign was “to draft bills specially to protect women’s rights.”

It adds, “During the first term of Hassan Rouhani’s presidency, a bill on the elimination of violence against women that had been drafted under the Ahmadinejad government was revised as a bill to protect women’s lives. The bill was reviewed and sent to the judiciary before being submitted to the parliament because of the criticisms raised against it. The judiciary promised that the bill would go to parliament before the end of Persian year 1396 (March 2017- March 2018), but after removing 41 articles from the bill, the promise has not yet been fulfilled.

“The bill on child marriages also faced a similar fate. Strong opposition from various groups in the parliament on the one hand, and the intolerance of women in the government against these oppositions on the other, led to the failure to pass the bill.

“These repeated failures coincide with Massoumeh Ebtekar’s announcement of proposing new bills on women’s rights, including one on equality of the blood money of men and women,[1] a bill proposing restrictions on men’s unilateral right to divorce,[2] and a bill to support firms that employ female heads of households.

“There remains a fundamental question. Whereas after years of efforts and consultations by intellectuals and advocates of women and children’s rights in different sectors, none of the previous bills had any positive outcome, and according to Shahindokht Molaverdi, ‘they could not even take one bill in favor of women to the parliament and succeed,’ could there be any chance for the new bills to be successful and get approved?”

Women do not impact the political arena in Iran

The didarnews article asks, “Why do women in the political arena have no impact despite their efforts?”

It quotes Shahindokht Molaverdi, former presidential deputy for women and family affairs and other female officials as saying, “Women’s issues in Iran are political, thus, acting as a fundamental obstacle for the adoption of amendments to the bills involving issues of women. Looking at the process of drafting and examining the bills for women and children, we find that statesmen, and particularly the male MPs, are not only unaware of these bills, but also strongly oppose once they hear about them. On the other hand, as is the case with the fate of women’s bills, the presence of women in political positions is not necessarily synonymous with the improvement of the discriminatory social and political status of women in society.”

According to Didarnews, “There are many reasons why women’s political participation and presence as members of parliament or ministerial deputies have little impact on changing the legal procedures in favor of women or on improving their social status. One major reason is that women in the political arena have been picked according to the needs of the power structure and its selectivity. They do not represent the masses of women. Neither have they emerged from an independent movement of women’s associations. Therefore, many women who have a political or managerial position, are not acting as a woman, but as a representative or a manager who is more committed to her party interests than the interests of women in general.

“Obviously, the political parties in power are inevitably bound to enforce government legislations and act according to the government’s objectives and ideological rule. Therefore, the women they choose from their ranks to manage political and managerial positions are the ones who are most compatible with the existing structure.”

Another obstacle to women’s political participation in Iran is that “women are often not taken serious in power relations; they have little political experience, and they do not enjoy strong political lobbies like male politicians….

“In Iran, women active in the political arena do not have any bonds with women in the society, and at best they attend a few ceremonial speeches every year. They go to gatherings where the speakers speak in the most general terms and often feature women speakers from among the upper-class and elite women… Most women active in the political arena have no information on the status of women in the ethnic groups or in various regions of the country, nor are they aware of the problems of the masses of women.”

A regime relying on gender discrimination

The Iranian Resistance has always stated that the mullahs’ regime, due to its misogynistic nature, can never be an advocate of women’s rights, let alone empower women’s political participation, because they advances their goals under the name of religion by restricting and suppressing women’s rights.

The regime’s foundations are based on gender discrimination and male domination over women, and if one day they give up their patriarchy and provide opportunities for women’s political participation, they will not be able to maintain their political system.

Under the regime’s Constitution, women are deprived of the right to leadership, presidency and judgment; their permission to study, work, marry and even leave their homes depends on the decision of the father and husband. Their clothing is determined by the government and their wages are not only unequal to men, but is one tenth of the official minimum wage.

Today, women in Iran are being exploited as cheap labor, and they are forced to work under conditions that even the regime’s officials describe as “new slavery.”

As for women’s political participation in Iran, the Women’s Committee of the National Council of Resistance of Iran has repeatedly stressed that the recruitment of a handful of women in the ruling regime is only a hollow show to present a modern image of the regime in the West to secure commercial deals. Otherwise, the three female deputies at the president’s office, whose titles are deceptively translated as vice-presidents, do not enjoy the least executive powers and authority.

The directorate formed at the presidential office called the directorate for women and family affairs, not only does not have the power to advance its goals, but its budget is reduced every year under various pretexts.

The regime’s dependence on elimination of women is so serious that Rouhani could not include even a single woman in his cabinet after being re-elected despite his campaign promises.

The limited measures the regime takes on women’s political participation or social and economic participation are due to the prevailing international conditions, otherwise they consider the main task of women as housekeeping and raising children, and the value of their testimony as half of men’s.

The fact that one of the regime’s state-run media is reflecting some facts about women’s political participation in Iran indicates the regime’s efforts to calm down the turbulent situation in the country and contain the protests. And, of course, it proves the validity of the Iranian Resistance’s stances over the years.

[2] According to the laws of the mullahs’ regime in Iran, men have the right to divorce their wives unilaterally without having to inform her.