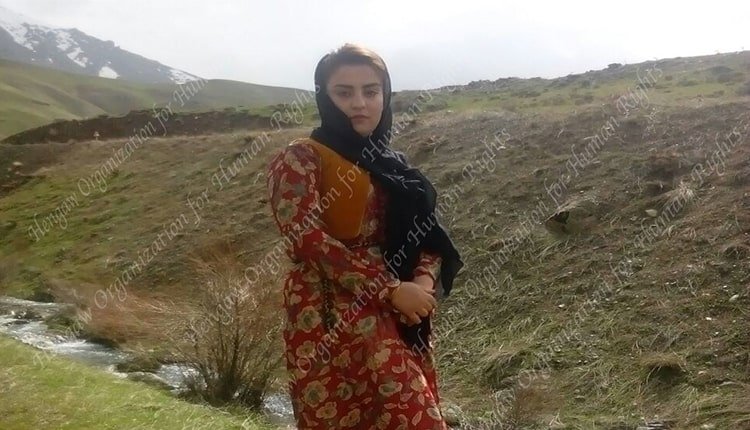 A young woman, 20, has been kidnapped by her ex-husband.

Guna Houshmand, from Marivan, was kidnapped by her ex-husband at 11 a.m. on March 26, 2019, while she was standing outside the Red Crescent Club in this city. The news of this kidnapping has been published just recently on April 1, 2019, while no news is available on her fate.

It is suspected that the young woman has been kidnapped by her ex-husband, Mohammad Aivazeh, and taken out of the country through the border of Baneh because Mohammad did not have a passport.

Guna Houshmand was married to Mohammad Aivazeh, four years ago at the age of 16. She has been trying to get divorce for the past four years and living at her father’s house. Due to obstructions of the Judiciary, she has not been able to get her divorce. They young woman was living in difficult circumstances, being forced to give up her dowry and all her gold jewelry to receive her ex-husband’s consent for divorce.

The young woman’s lawyer, Ms. Gelaleh Vatandoust, made the following remarks about her client’s case: “Religiously, there was no marriage bonds between the couple and the Clerical Council had verified their divorce. The young woman’s file was supposed to be examined by court, but the witnesses broke their promises and did not attend the court session. So, the Review Court of Sanandaj and the Supreme Court turned down her application for divorce. Unfortunately, the courts in Iran have a rigid approach to the cases where women apply for divorce. While when men do the same thing, even without offering any reasons, they can divorce their wives.”

The mullahs’ theocracy has institutionalized misogyny in all the articles and paragraphs of their laws. According to the laws of the clerical regime in Iran, men are unilaterally entitled to divorce their wives even without informing them. Women, however, do not enjoy the right to divorce.

According to Article 1105, the man heads the family, and Article 1114 obliges women to live wherever their husbands decide.