Mother of rape victim Zahra Navidpour says her family have been threatened by the regime’s agents to undertake her daughter’s murder, by posting a video clip on the internet.

Zahra Navidpour was found dead at her mother’s home on Sunday, January 6, 2018. Her death was initially announced as suicide, but there were suspicions that she had been killed by agents of the member of parliament accused of raping her.

Zahra Navidpour, 28, had been repeatedly raped over 4 years by Salman Khodadadi, the so-called representative of East Azerbaijan Province in the mullahs’ parliament.

After filing suit against Khodadadi and contacting a number of MPs in Tehran, Zahra announced in social media that she had been harassed and threatened with acid attacks and death by anonymous persons and Khodadadi’s associates. Zahra Navidpour had informed the court of the threats made to her life.

In a coordinated effort in recent days, some of the state media have been accusing Zahra Navidpour of being morally corrupt in a bid to project her as guilty and whitewash the crimes of the member of the regime’s parliament.

The Prosecutor of Malekan, a city in East Azerbaijan Province and hometown to Zahra Navidpour, who had previously announced the reason for her death as suicide, has now changed his position declaring that she had been killed. 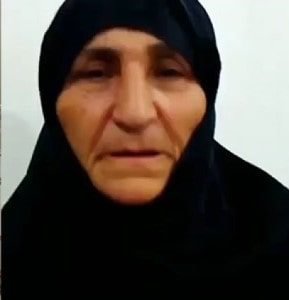 In a video clip published on the internet, the mother of rape victim Zahra Navidpour addressed the mullahs’ Chief Justice Ibrahim Raesi, revealing that her family is experiencing security and judicial pressure. She said after filing a complaint in Tehran, agents of the Detective’s Office went to their residence and ordered them to undertake the murder of Zahra Navidpour.

The mother of rape victim Zahra Navidpour also says in this video clip that her son is presently in jail charged with honor killing of his sister.

After the death of her father, the family of rape victim Zahra Navidpour ran into financial problems. To find a job, Zahra Navidpour referred to the governorate of Malekan where Salman Khodadadi, the incumbent deputy of Malekan in the mullahs’ parliament (Majlis), promised to get her hired in the Accounting Court of Tehran by calling her to his office in Tehran where he harassed and subsequently raped her. Khodadadi threatened Zahra to remain silent otherwise she would be killed and her family destroyed overnight.

Salman Khodadadi became a member of the Revolutionary Guard Corps (IRGC) after the 1979 Revolution. He was later transferred to the Ministry of Intelligence. He served as a member of the Health Committee and later the National Security and Foreign Policy Committee in the sixth and seventh parliament. In the eighth parliament, he was the deputy chair of the Internal Security Committee. His was disqualified by the Guardians Council for the ninth parliament, so he served as advisor to the Minister of Foreign Affairs. For the tenth parliament, the pro-Rouhani Omid Faction gave him support to re-enter the Majlis. Until March 2018, he was being presented as chair of the parliamentary Social Committee.

On March 13, 2018, the ROKNA news website announced that Khodadadi had received a two-year internal exile while being deprived of government service plus 99 lashes for having “illicit relations” but was exonerated of the charge of rape which is punishable by execution. The ruling by the 5th Branch of Tehran’s Penal Court was not final, ROKNA reported.