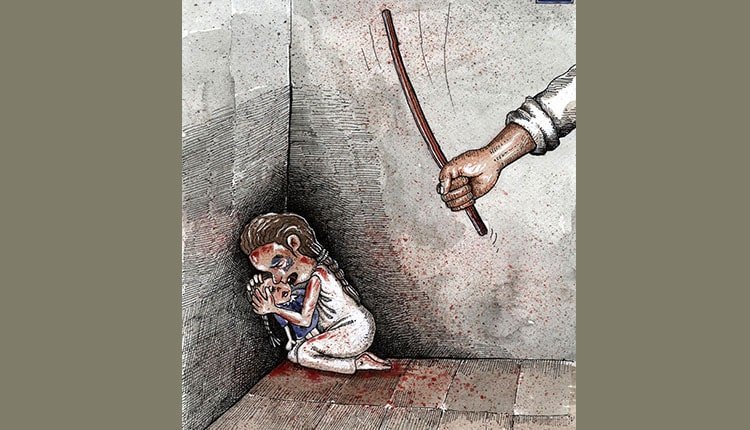 Child abuse has risen by 10 percent in North Khorasan Province in the course of one year targeting mostly girls.

In an interview with the state-run ISNA news agency, Ali Akbar Sahranavard, the social deputy of the General Welfare Department of North Khorasan Province, announced, “Child abuse in the year 1397 (March 2018- March 2019) has targeted kids between 5 and 11 years of age, showing a 10 percent rise compared to the previous year. Girl children made up the majority of victims of child abuse.”

He said the most common forms of child abuse in the province were firstly neglect, and secondly physical abuse.

Sahranavard added, “If the life of the abused child is not in danger, he/she will continue living with the family and psychologists, advisers and social workers will continue to follow up on the case. But if the child’s life is in danger, he/she is handed over to the Welfare Organization with a judicial warrant.” (The state-run ISNA news agency- April 16, 2019)

The Child Protection bill is still in a state of limbo after ten years, being passed back and forth between the parliament and the Guardians Council. Meanwhile, over the past ten years, many children have been abused through rape, physical abuse and harassment.

In an interview with the state-run Fars news agency, Reza Jafari, the head of Social Emergency Room, said, “According to the statistics collected by the Social Emergency of Social Ailments, child abuse, domestic violence against women, abuse of the elderly and suicides are the first four social harms in Iran.”

98 percent of the referrals to the Social Emergency Room are women abused by their husbands. According to this official, 15 percent of these women have higher education.

Jafari concluded his remarks by saying that the number of abused children and spouses and those who had attempted suicide has had a 25 percent rise in the past two years. (The state-run Fars news agency- April 14, 2019)