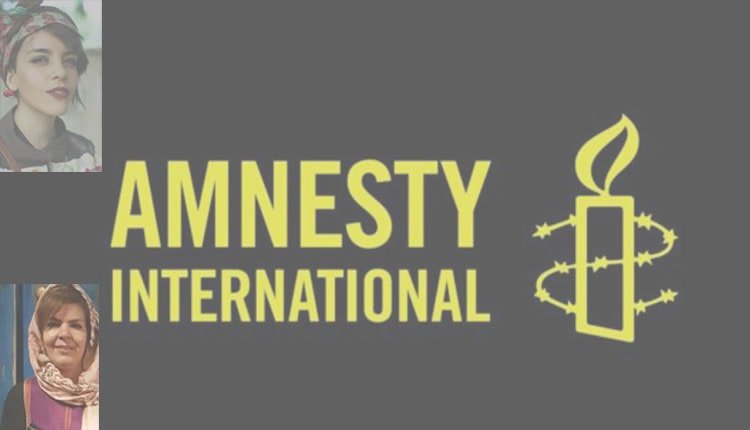 Following decrees for the re-arrest of civil activists, Yasamin Ariani and her mother, Monireh Arab-Shahi, and another decree to sentence a compulsory veil protester, Vida Movahedi, to one year in jail (she is jailed since mid-fall 2018), Amnesty International called for immediate and unconditional release of these jailed women’s rights activists.

Amnesty International also reiterated in its statement, “Iran’s intelligence and security bodies have also subjected several other women’s rights defenders to threatening telephone calls, warning them that they will be arrested if they continue to campaign against forced veiling. Some have been summoned for questioning and fear imminent arrest.”

Magdalena Mughrabi, Deputy Middle East and North Africa Director at Amnesty International, said, “Iran’s authorities appear to be lashing out in response to the increased defiance displayed by Iranian women and the growing peaceful popular movement against forced veiling laws in a bid to intimidate them into silence and submission.”

Another part of the statement reads, “The criminalization of women and girls for not wearing the veil is an extreme form of gender-based discrimination and cruel, inhuman and degrading treatment that deeply damages women’s dignity. Instead of persecuting and jailing women who are standing up to this outrageous injustice, Iran’s authorities should immediately and unconditionally release all women’s rights defenders detained for their peaceful activism.”

On April 10, 2019, Yasamin Ariani was re-arrested by security forces at her family home in Tehran. Yasamin Ariani’s mother, Monireh Arab-Shahi, was arrested the next day after she went to the Vozara detention center in Tehran to inquire about her daughter’s whereabouts. She was then transferred to the notorious Qarchak Prison.

On Tuesday, April 16, 2019, Mrs. Arab-Shahi was informed of her charges, namely, “encouraging and preparing the grounds for corruption through publicizing against and removing the veil,” “spreading propaganda against the system,” and “association and collusion against national security.”