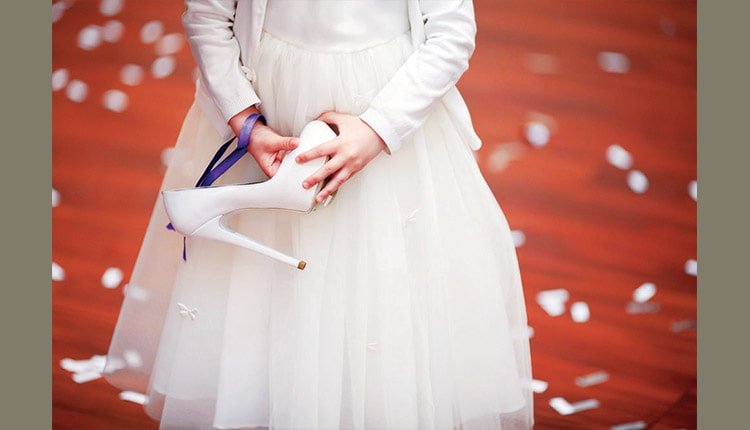 Ali Zahedinia, the director of Iran’s Census Organization in N. Khorasan province, announced that the largest number of marriages belong to girls between 15 and 19 years old.

Admitting to just one aspect of this catastrophe he added, “In 1397, the marriages of 1,054 girls between 10 and 14 years old have been registered in North Khorasan province.” (The state-run IRNA news agency- April 20, 2019)

Masihollah Soltani, an official in Zanjan’s governorate, also announced, “From 36,000 registered marriages for girls under 14 in Iran, 1,400 took place in Zanjan,” adding, “Unfortunately, Zanjan ranks among the top provinces with regards to child marriages.” (The state-run ISNA news agency- April 16, 2019)

Ali Kazemi, advisor for the legal deputy of the Judiciary Branch, announced on March 4, 2019, that in the course of just past year, some 5 to 6 hundred thousand child marriages have taken place in Iran. (The state-run ILNA news agency- March 5, 2019)

In January, Parvaneh Salahshouri, head of the women’s faction in the mullahs’ parliament, spoke about early marriages of girl children in a meeting in Tehran. She said, “We continue to see girls getting married between 9 and 14 years of age… Some 6 per cent of those who get married are girls between 10 and 14.” (The official IRNA news agency – January 6, 2019)

She continued her remarks, “Do we want to realize population growth by marriages of girls under 13?… There are one million young men and women who do not have the wherewithal to get married. Instead of opposition to the bill on child marriages (i.e. increasing the age of marriage) and focusing on the marriage of 40,000 kids, it might be better to provide these youths the resources they need. How could a 10-year-old, who does not have the right to vote, get married? “