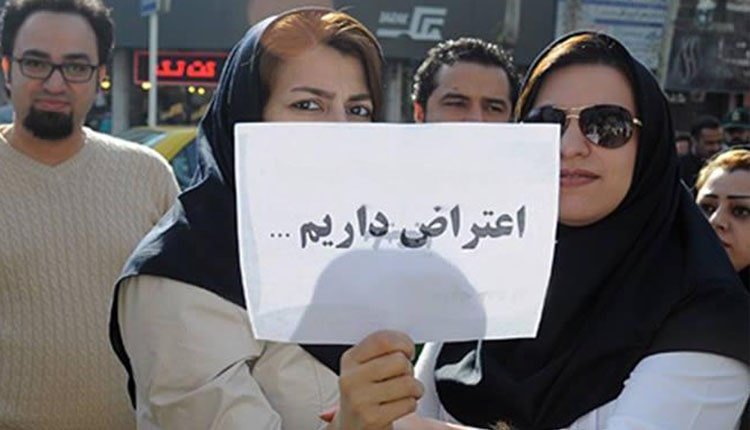 On Thursday, April 25, 2019, Khomeini Hospital’s nurses and staff staged a protest gathering. The staff and nurses of this hospital in Dehdasht, in Kohgilouyeh & Boyer Ahmad Province, most of them women, stopped working for not receiving six months of their wages.

They had staged a similar protest in early summer 2018 for not receiving a year of their payments.

Working at the hospital in such a deprived area is the only source of income for the women who work there.

All around the world, nursing is among harsh and pernicious jobs but in Iran, due to mismanagement and plundering of the people’s wealth by the regime, the nurses enjoy no support.

Sharifi Moghaddam, the deputy of the Nursing Organization, admitted that not enough attention is paid to nurses. He said, “In many of the countries around the world, nurses are equipped with safety appliances and undergo thorough medical examinations in certain intervals. This is not the case in our country. There is an unprecedented pressure on the nurses in Iran.” (The state-run Fars news agency – January 5, 2019)

Ali Asghar Dalvandi, president of the National Nursing Organization, says discrimination and injustice against the nursing community in Iran has aggravated in the past five years. He acknowledges that the situation of nurses in Iran is worse than the nurses’ situation in Kenya and Iraq. (The state-run Mehr news agency – January 12, 2019)

The defrauded investors of Padideh financial institution, affiliated with the Revolutionary Guards (IRGC), staged a protest gathering outside the governorate of Mashhad on Thursday, April 25, 2019. Women actively participated in this protest gathering. The protestors held placards reading, “Our state-run TV and radio, shame on you.” They have previously staged several protests at the same place.

On Wednesday, April 24, 2019, a group of retired educators gathered in protest in front of Tehran’s Education Ministry building to protest not receiving their end-of-service bonuses.