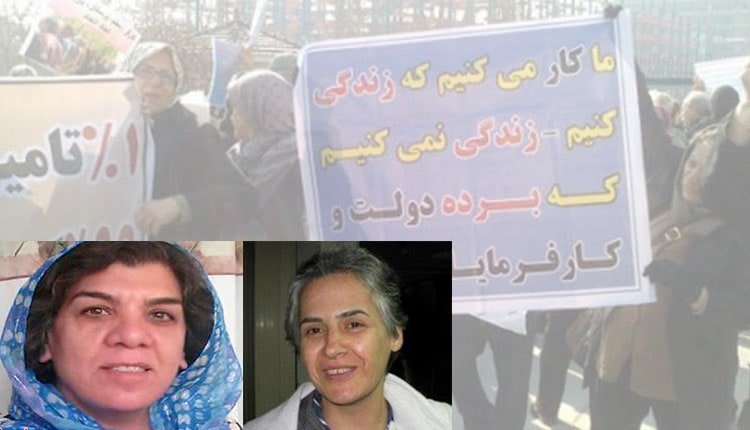 A number of labor activists including three women, Parvin Mohammadi, Haleh Safarzadeh and Valeh Zamani were arrested on Friday, April 26, 2019, in a gathering observing the International Labor Day.

On the eve of the International Labor Day, a number of labor activists who had gathered in Jahan-Nama Park located on Tehran-Karaj Highway were arrested and taken away to an unknown location.

Twelve labor activists were arrested. The names of nine of them were announced, among them Ms. Parvin Mohammadi, Vice President of the Free Union of Iran Workers, Ms. Haleh Safarzadeh, a workers’ activist, and Ms. Valeh Zamani, member of the Painters’ Syndicate of Alborz Province.

In a bid to prevent formation of any gathering on the International Labor Day, security forces have been cracking down on workers’ gatherings and arresting labor activists.

Parvin Mohammadi, Vice President of the Free Union of Iran Workers, was arrested on January 29, 2019, and was imprisoned in Evin Prison until March when she was released on bail.

She had been arrested for her activities in defense of the rights of Iranian workers. This workers’ activist has been re-arrested just for her participation in a workers’ gathering.