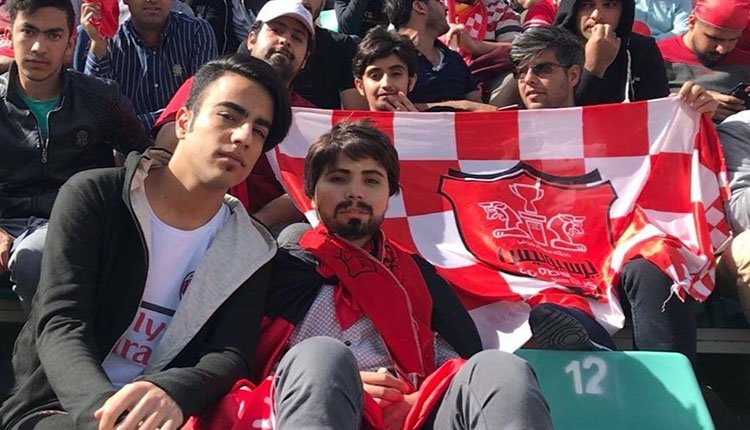 A young female fan of football was arrested by the State Security forces in Fuladshahr Stadium in Isfahan.

Fatemeh D., a female fan of Persepolis, wore men’s makeup and outfits, and entered Fuladshahr Stadium in Isfahan posing as a man. Within 40 minutes after the start of the game, however, she was identified by the SSF and forcibly taken out of the stadium.

Young female fan of football, Fatemeh D., recounted her arrest, saying, “I asked him (the SSF agent) to let me watch the game to the end and take me out afterwards. I asked them to let me watch the game but they did not let me do so. The SSF agents mistreated and insulted me. They did not even let me use the bathroom. I waited for an hour in a trailer before they took me to the police station.”

At the police station, Fatemeh D. was interrogated by a female agent and her picture was taken. Finally, she was released after her parents referred to the police station. She was instructed to appear before the court the next morning. At the court, she was informed of her charge of entering a sports stadium while wearing men’s outfit. Then she committed herself in writing that she would never enter any stadium, again.

Fatemeh D., the female fan of Persepolic, explained, “I just wanted to enjoy my natural right. If I find the opportunity again, I would go to the stadium. It is not my fault that I love football. Women must also be entitled to entering sports stadiums.” (The state-run Eghtesadnews.com, April 27, 2019)

Young women and girls in Iran are deprived of entering sports stadiums to watch games. Iranian women and girls who are interested in football are forced to spend a lot on buying men’s clothes and make up to break through the barriers of entering sports stadiums to watch their favorite teams. They get arrested and face grave consequences if they are identified and arrested by the State Security Force.