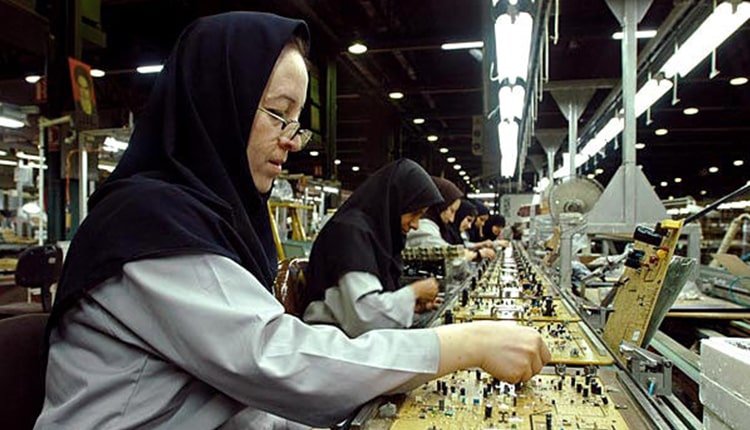 May 1 marks the International Labor Day, an occasion to defend justice, equality and human rights for workers on whose toil and efforts, the society’s welfare and happiness depend. Female workers in Iran do not enjoy their minimum rights and their condition at work is best described as “new slavery.”

The mullahs’ regime in Iran has left no windows for defending the rights of workers. Today, workers’ wages and monthly salaries are not paid for months and even over a year. Workers have to get loans and pay interest, sell their organs and sometimes set themselves alight out of despair.

In light of such tortuous conditions for all workers, one can conceive of the grave situation of female workers in Iran, since women are systematically discriminated against in the law, in employment and job market, and in every other realm of life.

The Iranian regime, which is a member of the UN Commission on the Status of Women (CSW), has not adopted any of the CSW recommendations to improve women’s economic empowerment, and is moving in the opposite direction.

Instead of “eliminating structural barriers and discriminatory laws” and “creating equal economic opportunities,” the regime sanctions more discrimination against women and its legislations marginalize them even further.

The mullahs’ Supreme Leader Ali Khamenei reveals the misogynist vision of the regime by stating that women “physically and emotionally have been created by God for a special role in life” and “the issue of women’s employment is not among the main issues.”

As a consequence of such visions and laws, Iranian women who need to make ends meet for their families are forced to accept just any job with a small salary. They get hired by small workshops to work under unsafe conditions without insurance coverage, bonuses, or job security. Some experts have best described the harsh conditions of women workers as “new slavery.” 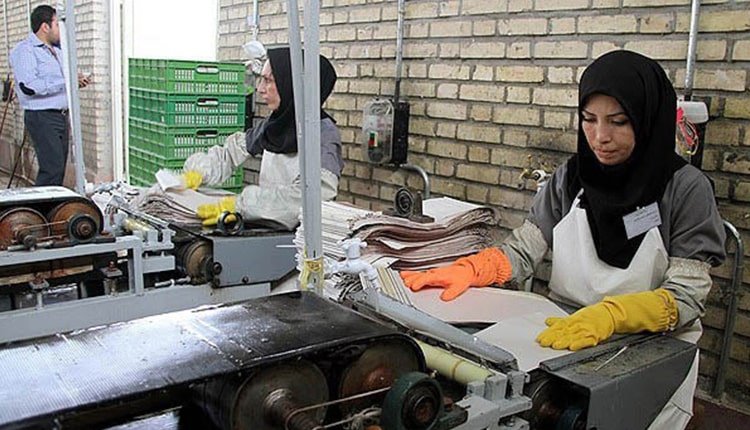 Low wages, inferior jobs, and lack of job security are among the problems of female workers in Iran.

According to the researches done and published by official government agencies, in the Iranian year 1396 (March 2017 – March 2018), women comprised 80 per cent of workers who have no insurances.

The same report published by the official IRNA news agency on April 28, 2019, women are the first victims of economic crises. They are the first to be fired in any lay-off plans to balance the workforce. Many employers believe that despite their experience and skills, women have less productivity due to marriage and pregnancy.

According to this report, 65.9 per cent of the total number of unemployed in Iran are women.

The working conditions of female workers in Iran are grossly different from those of their male counterparts. Women’s participation in the workers’ movement is unnoticeable and they are oppressed without having any voice.

Female workers suffer from double oppression partly because they are rarely hired in official jobs due to provisions of the Iranian Law which gives priority to men. In contrast, female workers comprise the greater portion of the workforce in unofficial workshops not monitored and greenlighted by the government to pay less to their workers and deny them benefits or insurance.

Women who are desperate to have any job to earn their family’s living are widely preyed upon by such workshops.

A large number of female workers sell their workforce for a small amount of money without being felt or considered as a worker. They work between 10 to 12 hours at home applying glue on envelopes or sewing spangles on fabric, but their daily wage is around 5,000 tomans or merely a dollar. These women do not even have a specific employer and their products are sold through intermediaries who pocket most of their revenues.

At the same time, the status of Iranian workers is an off limit and the occasional inquiries and data published in this regard fail to address the number of women and the problems they face in this male-dominated environment, under discriminatory laws. However, a few reports and interviews which appeared in the Iranian media on the International Labor Day, shed light on a small part of the deplorable situation of female workers. 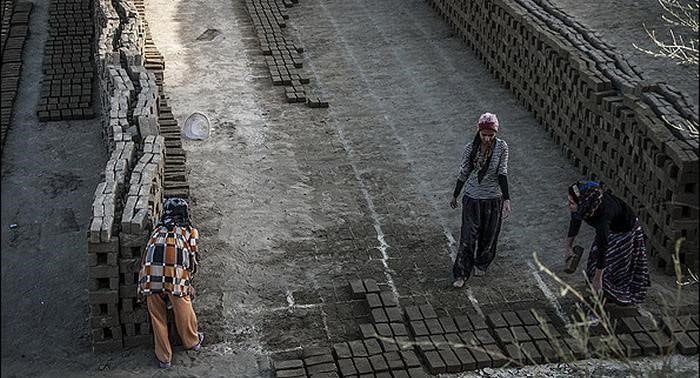 In a gathering at the Labor Ministry in Tehran, Massoumeh Ebtekar, Rouhani’s deputy for Women and Family Affairs, confessed that “women have the largest share in unofficial jobs.”

Alireza Mahjoub, General Secretary of the House of Workers (a government foundation) and member of the Social Committee in the mullahs’ parliament, also admitted that “women have the highest rate of unemployment” and “women’s economic participation is not noteworthy.” (The official IRNA news agency – April 28, 2018)

In another gathering in Qom, on April 30, 2018, Ahmad Amirabadi Farahani, a member of the presiding board of the mullahs’ parliament, asserted that the conditions of female workers are reminiscent of “new slavery.” He said, “Oppression of women in some production units with regards to the payment of their wages and their long working hours is new slavery.”

Amirabadi added, “I have visited these production units. Some women are working more than the legally sanctioned working hours and the wages they receive are rather small.”

In another part of his speech, Amirabadi acknowledged that women and girls “go to work at these production units since early morning and work up to 12 hours with a meager wage of 400,000 tomans (a month, approx. $27).” (The state-run ISNA news agency – May 1, 2018) 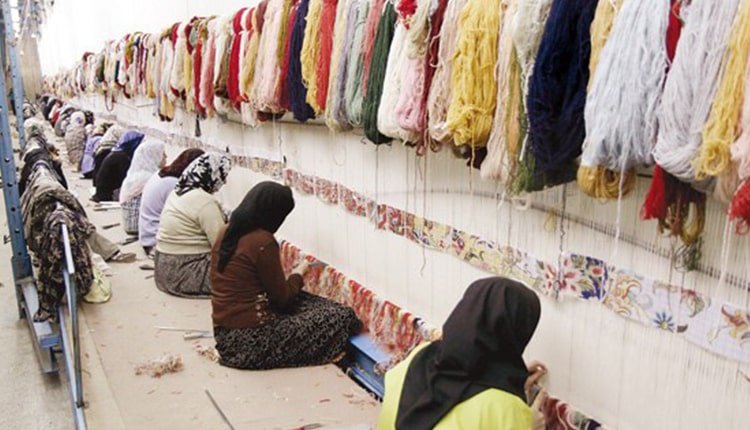 No equal pay, job security or insurance for female workers

Another state official confessed to the catastrophic conditions of female workers in the Province of Qazvin, northwest of Tehran, in an interview with the official IRNA news agency on May 3, 2018.

Fatemeh Pourno, Secretary of the Union of Women Workers in Qazvin (a state institution), said, “Female workers work in step with men in production units, but do not receive equal wages. They are not aware of their legal rights. Therefore, they do not even find out if their insurance has been considered in their payrolls. But they do not file any complaints in this regard since they fear being fired by their employers.”

Pourno said in another part, “Temporary three-month contracts have deprived female workers of job security. Sometimes, employers mistreat female workers for the smallest flaw in their work. Most of the women in the workers’ community are heads of household. They face long working hours but are deprived of many rights and benefits.”

She also noted that the majority of female workers are heads of household and added, “There are many young women who have to work in the production units to help mitigate economic pressure on their families and assist their parents. They have to bear with the harsh work conditions at the workshops and factories.” (The official IRNA news agency – May 3, 2018)

Another official, Abdollah Bahrami, the CEO of National Union of Hand-woven Carpet Producers, also revealed that, “Women constitute the majority of carpet weavers in Iran and if we want to put it in percentages, they form 70% of the weavers.”

In his interview on May 16, 2018, with the state-run ILNA news agency, Bahrami noted that only 320,000 of the one million carpet weavers are covered by insurance, adding, “A large percentage of these carpet weavers are women heads of household.” 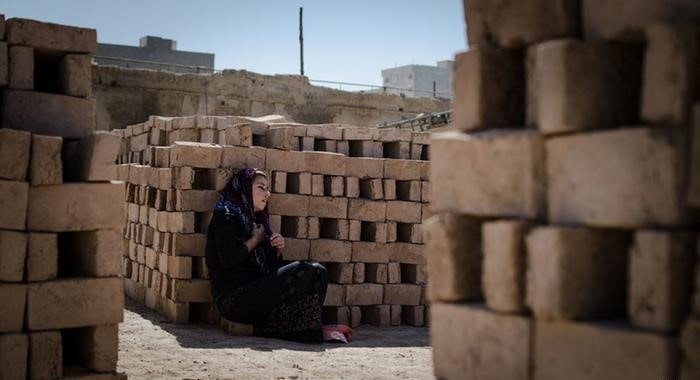 Absence of supportive laws for female workers and common use of semi-legal contracts have made work conditions way more difficult for women compared to men.

A number of women workers in the Province of Qazvin, northwest of Tehran, complained about tough jobs which place double pressure on their bodies and do not match their physical capabilities.

Zahra Parhizgari, a graduate of Law, lost her job because the factory where she worked was shut down.

In an interview with the official IRNA news agency, she complained of harsh work conditions for women in such production units. While mentioning some employers’ mistreatment of female workers, she pointed out that lack of supportive laws and shortage of employment for women has led someone like her with a bachelor’s degree to a job in an environment which does not suit her gender and education, to earn a living.

Hadisseh Rostami is another young woman who became unemployed due to the factory’s shutdown. She described the work environment as “extremely male-oriented” and added, “Despite doing equal work, we did not receive the minimum benefits and wages… Unfortunately, there is no difference between the wages of a worker who has been working on the production line for several years and a newcomer.”

Ms. Rostami also complained about violence and discrimination against women by some employers and the poor sanitary conditions they face in production units. She said the laying off of workers exerts double pressure on other workers who have to work more despite their physical conditions. (The semi-official Aryanews.com, May 3, 2018)

The most vulnerable work force in the job market

Female workers have always been the most vulnerable group in the Iranian job market.

As it became evident by official admissions and some of the published cases, women are the first victims in the face of any economic problem and among the first groups of workers to be laid off of work. Women are considered a secondary work force who receive smaller wages for equal work with men.

Plans introduced in recent years to increase the length of maternal leave or reduce women’s working hours under special circumstances have practically discouraged employers from recruiting female workers, giving them excuses to refrain from employing women. Even when women are employed, their job security is on the line by marriage or pregnancy.

Women also make up the majority of the workforce in small workshops with less than 10 workers. These workshops are exceptions to the labor law and not supervised by the government. This is called the unofficial sector or the “Grey Economic Sector.”

Women hired in the unofficial sector or the “Grey Economic Sector” have to work in the workshops for minimum wage and without receiving any benefits, retirement pensions or health insurance. At the same time, these women are also the first targets to be easily dismissed from their jobs without any unemployment insurance.

The small workshops are the first group of businesses to shut down in the economic ups and downs. In light of women’s greater share of employment in small workshops, one can conclude that unemployment has been higher among women in recent years due to economic hardships. This has driven more women towards signing temporary contracts to earn their living.

According to the latest statistics, 85 per cent of Iranian workers are hired by workshops on temporary contracts. While there are no official reports on the share of women, women are estimated to comprise a greater share of temporary contracts than men.

As it was earlier noted by a regime official, oppression of women in some production units can be only described as “new slavery.”