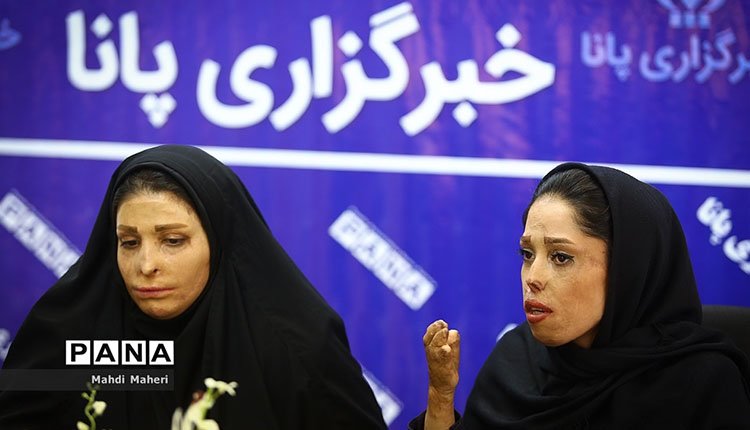 Six school girls who suffered burns in a fire incident at a school in Doroodzan, in the southern Fars Province, travelled to Tehran to hold a sit-in protest and receive assistance for their treatment and its high costs.

On Monday, April 29, 2019, the burn victims travelled from Doroodzan in Fars Province to Tehran to hold a sit-in outside the office of Minister of Education. The State Security forces (SSF), however, did not allow them to hold their protest and drove them out of the building.

Each of the six girls, now 20 years old, suffered more than 50% injuries in a fire incident 13 years ago at their school in Doroodzan. Thirteen years on, none of the promises for their treatment has been delivered. Now, they are determined not to return to their town unless their demands are met.

Maryam, one of the burn victims of Doroodzan school fire, said: “They promised to have all of our surgeries done by the time we are 18 and we undergo plastic surgery. The incumbent ministers of Health and Education gave us promises, but none of the surgeries have been done so far. They gave us cards for medical treatment, but the card could be used only in public hospitals. And today, they don’t even accept the cards.”

Another girl by the name of Samaneh said, “The card they have given us is not credible. We have to pay all the expenses for skin surgeries on our own. They paid us blood money, but in half. They paid us some reparation for physical damages but only half of the total amount because we are women… The court did not vote in our favor, either.”

Parisa Taheri, who has suffered the most injury, asserted, “In public hospitals, it is the intern who does the surgery. So, we have to spend several folds more because the surgery is not done well. All of us have undergone some 30 to 40 surgeries. We can no longer tolerate to do one surgery over and over again because it is done by the intern.” (The state-run Salamatnews.com – April 29, 2019)