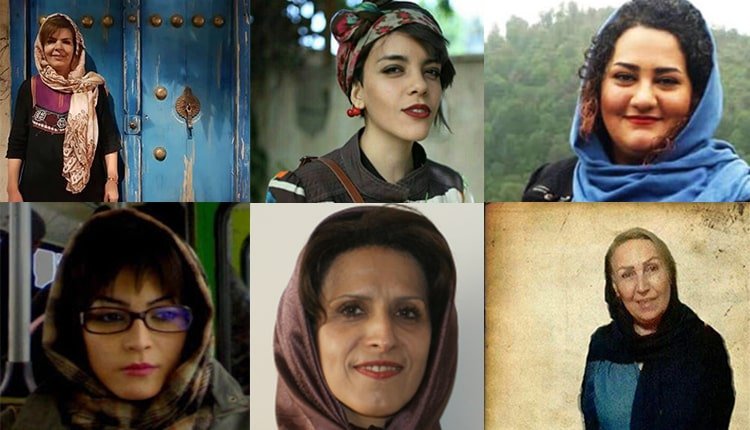 Women political prisoners are under immense physical and psychological pressure in the Iranian regime’s prisons, including extensive interrogations, solitary confinement and forced confessions.

Women political prisoners Yasamin Ariani and her mother, Monireh Arabshahi, were interrogated on May 7, 2019, at the Interrogation Branch 1 of Ershad Prosecutor’s Office. Before being transferred to the notorious Qarchak Prison in Varamin, Yasamin was detained in solitary confinement at Vozara Detention Center for nine days when she was extensively interrogated and mistreated in a bid to force her to make false confessions.

Political prisoner Atena Daemi who is presently detained at Evin Prison continues to remain banned from having any visitations. Her parents said after two months, they had managed to see her for a few minutes on Monday, May 6, 2019, as she was being taken for interrogation.

Sanaz Allahyari was transferred in early May from the IRGC security ward 209 at Evin to the prison’s general ward. A member of the editorial board of GAM publication, she was arrested in January 2019 along with her husband. She has been deprived of having any lawyer and is suffering from consequences of harsh conditions of a long “temporary” detention.

No information is available on the fate of Ms. Nasrin Javadi, a member of the Free Union of Iran Workers, who was arrested on the International Labor Day. She is a retired worker of the Melli Shoe Factory.

Another woman political prisoner, Akram Nasirian, had a visit with her family after 10 days that they had no news of her. She was arrested by security forces on April 29, 2019, and transferred to Evin Prison. She told her family that she had been interrogated and confined in solitary cells during the time. Ms. Nasirian has been informed of her charges of “promoting removal of veil” and “disrupting public opinion.”