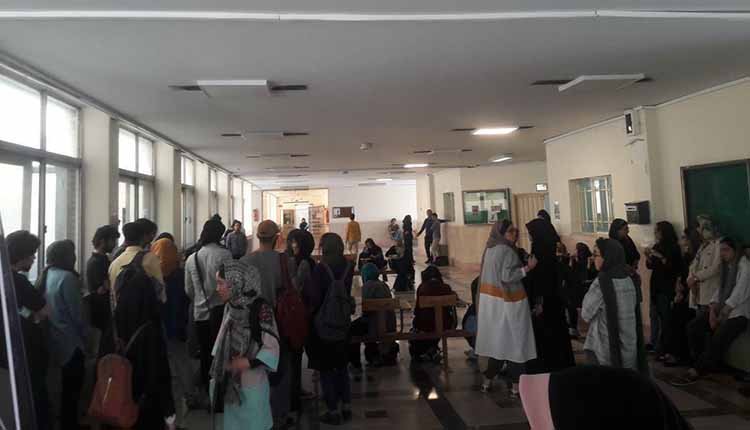 Student protests have continued in Tehran and other universities.

On Sunday, May 19, 2019, a group of students of Tehran University’s school of social sciences held a protest against the continued detention of Marzieh Amiri, student of sociology at Tehran University, who was arrested on the International Labor Day .

Student protests were also held at the University of Gilan in Rasht, on Saturday, May 18, 2019, against the closure of the university’s cafeteria in the month of Ramadan. They also declared solidarity with the student protests in Tehran University last week, where they protested the suppressive measures by the university’s security department to enforce the compulsory veil on female students. Gilan University students also demanded an hour extension in the time period allowed for entering the dormitory.

On Sunday, May 19, 2019, a group of customers who have registered to buy cars from Saipa company, held a gathering outside the Ministry of Industries, Mines and Commerce, to protest the high prices announced by the company and its failure to hand over their cars.

On Saturday, May 18, 2019, a group of nurses working at the Azadi Hospital in Tehran held a gathering in protest outside the nursing and management office of the hospital, demanding payment of their overtime wages.

On Friday, May 17, 2019, a group of teachers working on contracts in the province of Qom, held a gathering outside the office of the city’s MP, to protest the Education Ministry’s failure to finalize the rules regarding the employment of contract teachers.