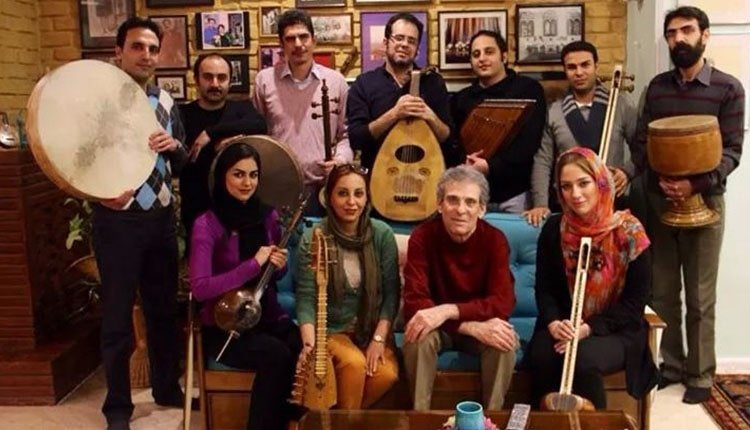 Female musicians were banned from playing in a charity concert in Qazvin. They were not allowed to even sit among the audience.

One of the largest annual charity programs in Qazvin Province was staged on Thursday night, May 22, 2019. A traditional music band was supposed to perform at the auditorium of the Azad University of Qazvin. But on the order of the president of the Azad University of Qazvin, Moussa Khani, the female musicians of the band were prevented from entering the hall. The female musicians were not even allowed to sit among the audience and watch the concert. For this reason, many musicians left the auditorium in protest. (The state-run ILNA news agency – May 23, 2019)

Last week, on May 17, 2019, a female singer by the name of Negar Mo’azzam was placed under surveillance by the Prosecutor’s Office of Isfahan Province for her solo singing during a sightseeing tour to the historical village of Abyaneh.

Since the mullahs took power in Iran in 1979, women have been banned from singing in public and their performances have always been censored. Female singers were forced to stay home and many left the country.

A judiciary official announced on May 23, 2019, that 30 women and men had been arrested in a private Yoga class in Gorgan.

Massoud Solaimani, from the Justice Department of Golestan Province, said, “Someone had run an ad on his Instagram account recruiting students for a Yoga class at his home. Solaimani said the reason for these arbitrary arrests was “improper clothing of women and men in this house.”

Solaimani stressed that the Iranian regime monitors the slightest details of their citizens’ private lives. He said, “Those who break the law take advantage of a lack of monitoring of the cyber space, and undertake criminal measures.” (The state-run Asr-Iran website – May 23, 2019)

In another report from Sanandaj, active members of Nojin cultural association, including a woman by the name of Zahra Mohammadi, were arrested by agents of the Intelligence Department of Sanandaj and taken to an unknown location.