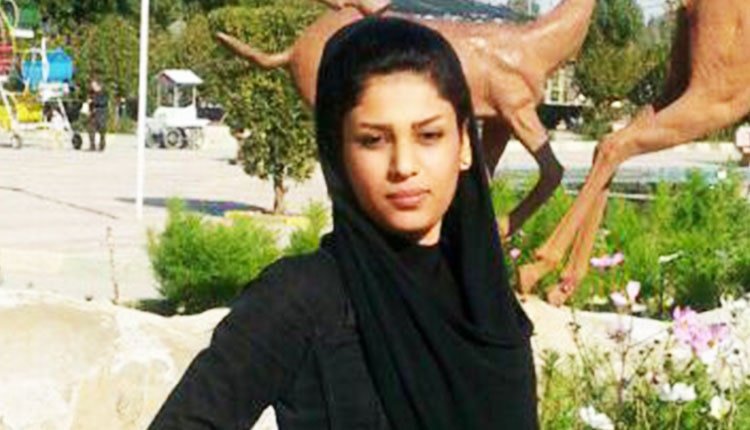 The legal and security officials of the Sepidar Prison of Ahvaz have prevented dispatch of political prisoner Ameneh Zahersari to hospital.

Political prisoner Ameneh Zahersari, 20 and a graduate of accounting, is incarcerated in the Sepidar Prison of Ahvaz.

She has been suffering from acute swelling of various parts of her body. The physician of the prison’s dispensary has not been able to diagnose the reason for the acute swelling and illness of Ameneh Zahersari and she must be dispatched to hospital as soon as possible for diagnosis and treatment.

Ms. Zahersari’s family have managed to receive a 300-million-toman bail bond from the 12th interrogation branch of the Court of Ahvaz to facilitate her transfer to hospital, but the legal and security officials in Sepidar Prison have been preventing the transfer of this political prisoner to hospital.

The family says, “Her health condition is deteriorating every day and she needs to receive emergency care and medical treatment in hospital.”

Political prisoner Ameneh Zahersari was arrested on November 6, 2018, one day after her father and brother were apprehended by the Intelligence Department of Ahvaz. The 12th Inspection Branch of the Court of Ahvaz has set a 300-million-toman bail for this political prisoner but prison officials have so far refrained from releasing her.

Kurdish political prisoner Zeinab Jalalian who is incarcerated in the Prison of Khoy, has been suffering from various diseases and illness for a long time. However, she has been denied from receiving medical treatment despite deterioration of her health condition. Prison officials are in this way putting pressure on her to force her into making false confessions against herself.