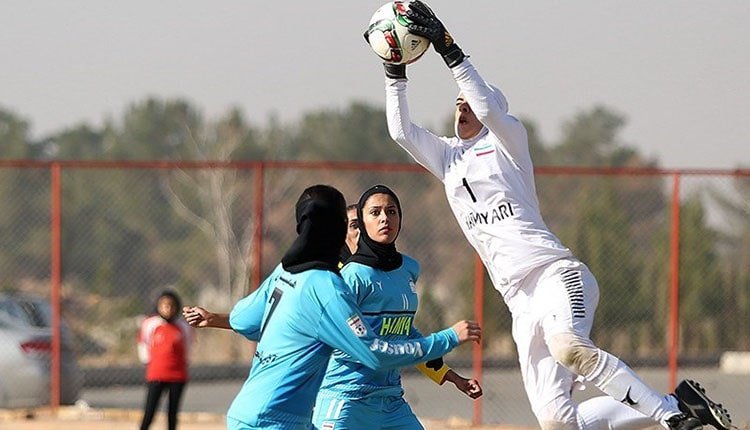 Male security guards entered the locker room of female footballers, using verbal and physical violence against the players and their head coach in the course of a women’s football match in Shiraz.

During the football match between Zagros of Shiraz and Gas Refinery of Ilam which took place in the Pars stadium of Shiraz on May 25, 2019, one of the female footballers of the team from Ilam, was verbally assailed and subsequently punched in the stomach by a male security guard as she was entering the locker room. This according to the Foot Lady, the website reporting on Iranian women’s football and futsal. Sarina Farajollahi was hurt so much that she had to be taken to hospital.

The head coach of Ilam’s football team, Fatemeh Hayati, reacted by trying to push the guard out of the locker room, but she was also punched in the chest and thrown to the ground. Another female footballer, Neda Azizpour, tried to record the scene by filming it, but her mobile was snatched away from her by another male security guard.  (The state-run ISNA news agency – May 28, 2019)

The women’s football team of Ilam submitted the relevant documents on the physical assault on Sarina Farajollahi to the Football Federation of Iran.

The clerical regime does not respect female athletes and does not support their activities. While according to the rules of the misogynous clerical regime, no men are allowed inside the stadium when women are playing, male agents are green lighted to brutalize women under various pretexts.

Suppression and corruption signal demise of a tyrannical rule