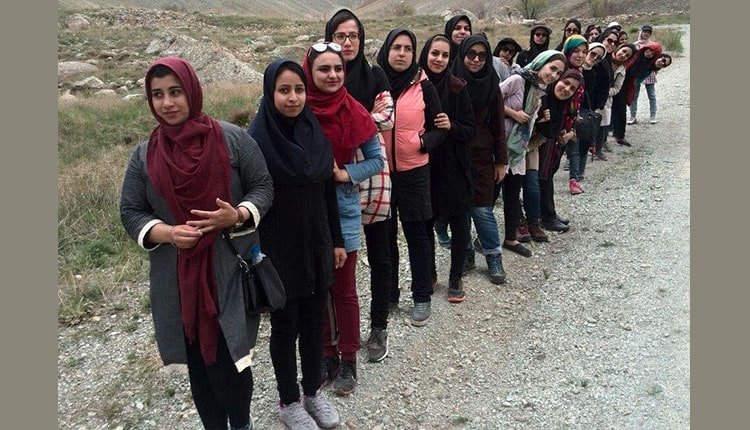 Amidst serious economic crisis, widespread public discontent, and the flood crisis which has affected most Iranian provinces, the clerical regime has resumed ramping up pressure on Iranian women to observe the compulsory veil.

Rahimi implicitly acknowledged that the majority of Iranian women oppose the compulsory veil by saying, “Today, the State Security Force (SSF) deals not with improper veiling but with those who remove the veil.”

Soleiman Malekzadeh, acting SSF deputy for legal and parliamentary affairs, said in this regard, “In the amendment to Article 638 of the Islamic Punishment Code, legislators have clearly stated that women who appear in public places without the veil are sentenced to imprisonment from 10 days to two months and are fined between 50 to 500 thousand Rials… Based on this amendment, it is not OK to show off even a lock of hair, and this must be observed by girls 9 and older.”

Malekzadeh also admitted that the need for Iranian women to observe the compulsory veil is a political issue. He pointed out, “Today, the issue of improper veiling is not only a personal behavior but a political approach for the enemies. The State Security Force cannot simply give up on this issue.” (The state-run ROKNA news agency – June 1, 2019)

Earlier, Ahmad Alam-ol Hoda, Khamenei’s representative in Razavi Khorasan Province, had made comments that revealed the depth of the Iran ruling mullahs’ misogyny and the extent to which they depend on imposing the compulsory veil on women. He said, “Removing the veil and improper veiling are examples of corruption and promote sin.”

Alam-ol Hoda unintentionally revealed that the regime is badly isolated with regards to the compulsory veil. He said, “Unfortunately, even in religious families you see that Hijab and the veil are not properly observed.” (The official IRNA news agency – May 30, 2019)