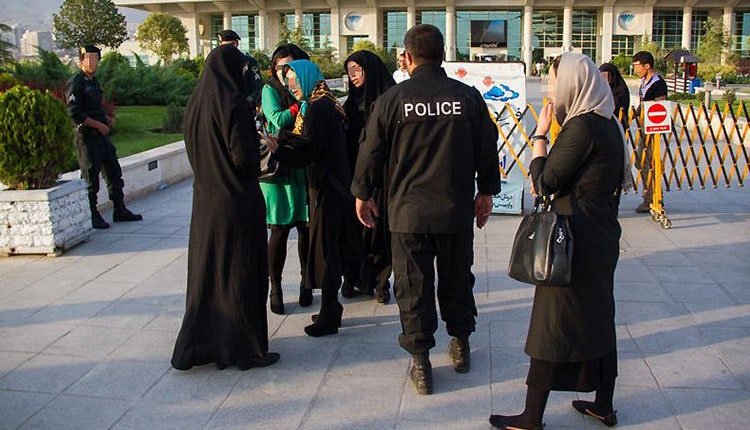 To step up suppression of women and curb social uprisings, 2,000 anti-vice teams have been formed in Gilan Province, northern Iran, to give verbal and practical warnings to improperly veiled women.

Mohammad Abdollah-pour, commander of the Quds Corps of Gilan, endorsed the news and reiterated, “The Quds Corps of Gilan stands alongside the Bassij and other forces to promote and revive promotion of virtue and forbidding of vice. The issue of chastity and veiling are not an ordinary issue, but an issue of political significance and security for the country.”

Further asserting that the life of the clerical regime depends on promoting virtue and forbidding vice, Abdollah-pour revealed that more than 28,000 improperly veiled women had been dealt with this year.

He said some 22,000 forces from the Bassij and Revolutionary Guard Corps of Gilan, patrol various neighborhoods in Gilan on a weekly basis.

The commander of the State Security Force of Gilan, Mohammad Reza Es’haqi, also announced that 28,238 improperly veiled women had been dealt with since the beginning of this year. He said the patrols had guided 2,321 improperly veiled women towards moral security and obtained written commitments from them. They said legal cases had been filed against 64 women with the Justice Department.

Falahati, the Friday Prayer Leader of Rasht, addressed the issue of improper veiling in a gathering of anti-vice patrols, saying, “Unfortunately, the situation of chastity and veiling in society is undesirable. Some people have gone to the extent that they publicly promote removing the veil.” (The state-run Mehr news agency – June 4, 2019)

Ahmad Alam-ol Hoda, Khamenei’s representative in Razavi Khorasan Province, had also noted that, “Removing the veil and improper veiling are examples of corruption and promote sin.” (The official IRNA news agency – May 30, 2019)