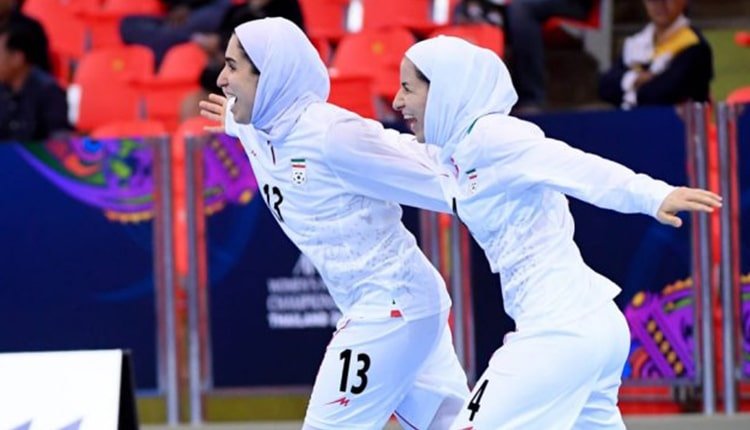 The eighth Women’s World Cup kicked off in France on Friday, June 7, 2019. Nine teams from Europe, six teams from Asia and Oceania, six teams from North and South American, and three teams from Africa participate in the games. Iran’s female footballers, champion of Asia, are absent in the 8th World Cup which is expected to be the best and most beautiful international women’s football games.

Female athletes in Iran lack any form of private or public support in Iran. The restrictions imposed on them – for example, the ban on the official broadcast of women’s sports competitions from state television – have worsened their situation because they cannot obtain any nongovernmental or private sponsors. This situation has had serious consequences for them. Sometimes the teams have been completely disbanded, and some teams have not been able to travel to another city to participate in a tournament.

Most recently, male security guards entered the locker room of female footballers, using verbal and physical violence against the players and their head coach in the course of a women’s football match in Shiraz.

During the football match between Zagros of Shiraz and Gas Refinery of Ilam which took place in the Pars stadium of Shiraz on May 25, 2019, one of the female footballers from Ilam, was verbally assailed and subsequently punched in the stomach by a male security guard as she was entering the locker room.

Not only Iranian female footballers are deprived of all forms of support, but even watching the football games are still forbidden for Iranian women.

On Thursday, June 6, 2019, in Tehran, women who had bought tickets to watch the game between the national teams of Iran and Syria, were brutalized outside the west gate of Azadi Stadium and taken to the notorious Vozara Detention Center, in downtown Tehran. At least two women were punched and kicked and taken into custody while Syrian women were allowed into the stadium and watched and encouraged their national team without having to cover their hair!

Apparently, the website of the Football Federation (http://ticket.ffiri.ir) had offered to sell tickets to all those interested to watch the first game of Iran’s national football team this year. A number of women referred to the website and surprisingly saw that the female option is available. However, on Tuesday, June 4, 2109, women were no longer able to procure tickets from this website. And on Thursday, those women who held tickets to watch the game were violently driven away.

The Iranian Football Federation is accused of duplicity to curry favor with FIFA, the Fédération Internationale de Football Association.

Women have been deprived of entering stadiums since the clerical regime seized power in Iran in 1979.