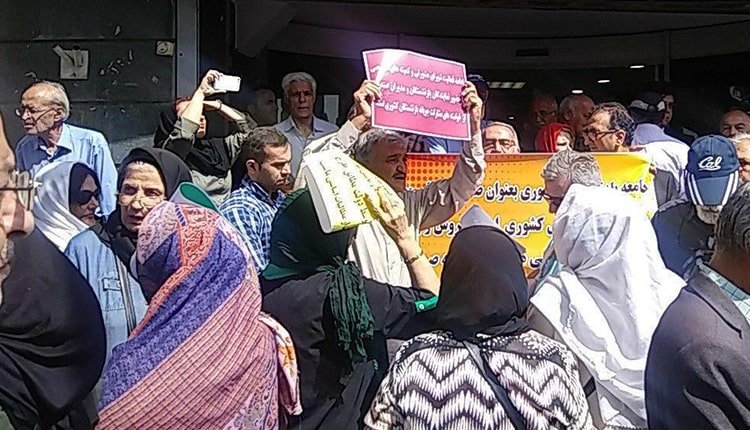 Dozens of protest gatherings were held in various parts of Iran in recent days. Women actively participated in the following protests:

The families and friends of the labor activists arrested on the International Labor Day, held a protest gathering on Saturday, June 8, 2019, outside the Evin Prison, demanding freedom of the imprisoned activists.

Also on Saturday, a group of residents of Golshahr in Golpayegan, Isfahan Province, held a gathering in protest to the confiscation of lands under the pretext of establishing a JTL Refinery. 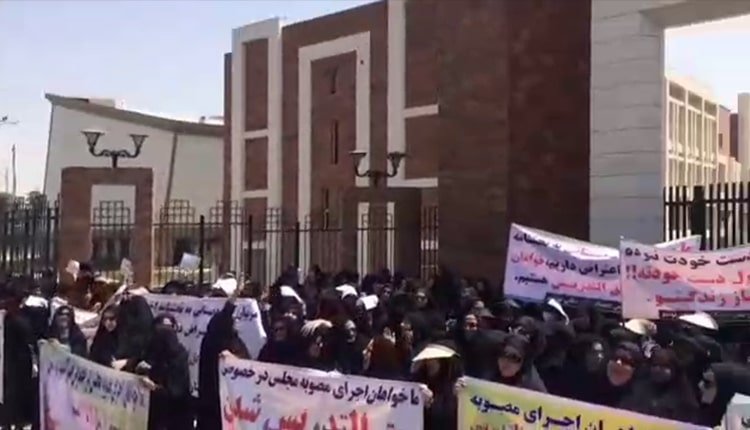 A large group of preschool teachers in Khuzestan held a gathering on Saturday, June 8, 2019, outside the Governor’s building in Ahvaz, demanding to receive their demands such as recruitment of teachers who are paid on an hourly basis.

A group of students gathered in protest on Saturday, June 18, 2019, outside the Evaluation Organization in Tehran, demanding postponement of the college entrance exam. Two of the protesters were arrested by the State Security Force and taken to an unknown location despite vehement protests by other students.

Sanaz Allahyari not hospitalized despite deteriorating health in jail