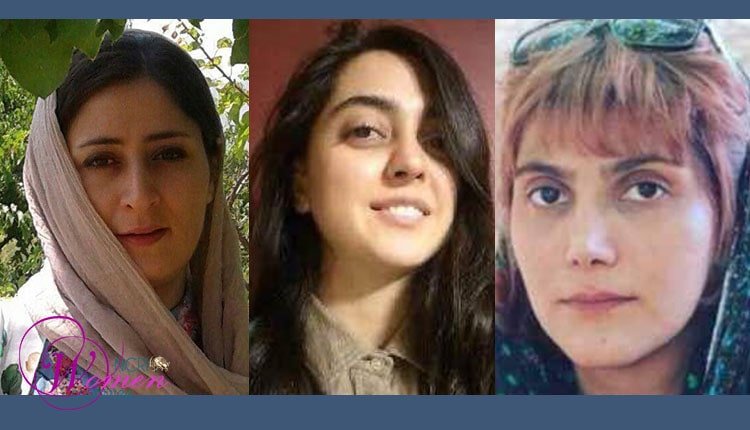 Three female labor activists continue to remain in jail after 40 days since getting arrested during an International Workers Day protest demonstration on May 1, 2019, across from the mullahs’ parliament in Tehran.

The three female labor activists were Marzieh Amiri, Neda Naji, and Atefeh Rangriz who were among 15 activists who were brutalized and arrested by security forces in the May 1st demonstration across from the Majlis.

The warrant for detention of Neda Naji and Marzieh Amiri has been extended for another month. The arrest warrant for Atefeh Rangriz has been turned into bail but prison authorities have prevented her release under various pretexts. The officials of Evin’s Prosecutor’s Office say the reason they do not accept bail for Ms. Rangriz is that she has got a new charge added to her case.

The families of those arrested in the International Workers Day demonstration have gathered time and again ever since May 2, 2019, outside Evin Prison demanding unconditional release of their relatives.

Fearing the formation of any Labor Day protests, the clerical regime acted in advance to arrest and detain labor activists. In one incident on April 26, 2019, security forces raided a ceremony held in Jahan Nama Park located on Tehran-Karaj Highway, arresting 12 labor activists. They included female labor activists Ms. Parvin Mohammadi, Vice President of the Free Union of Iran Workers, and Ms. Haleh Safarzadeh, who were held in detention until after the International Workers Day.

Parvin Mohammadi had previously been arrested on January 29, 2019, and imprisoned in Evin Prison until March when she was released on bail.