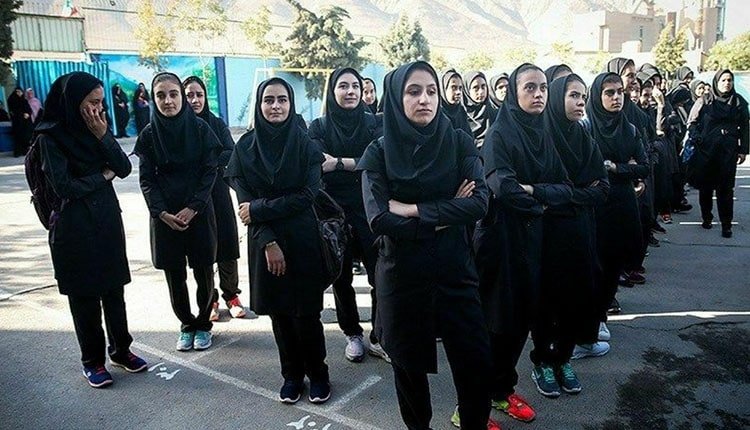 Girl students of Zeinabiyeh High School in Kamyaran went on strike in protest to the school’s demand that they pay the price of their exam sheets.

On Sunday, June 9, 2019, before the exam starts, Zeinabiyeh High School’s deputy principal lined up the girl students and told them that they have to pay 50,000 tomans each for the price of their exam sheets. But the girl students resisted and went on strike, something that forced the city’s governor and the director of the Department of Education to take back their word. It was only after this retreat that the girl students went to the class and took their exams. Kamyaran is located in the western Iranian province of Kermanshah. 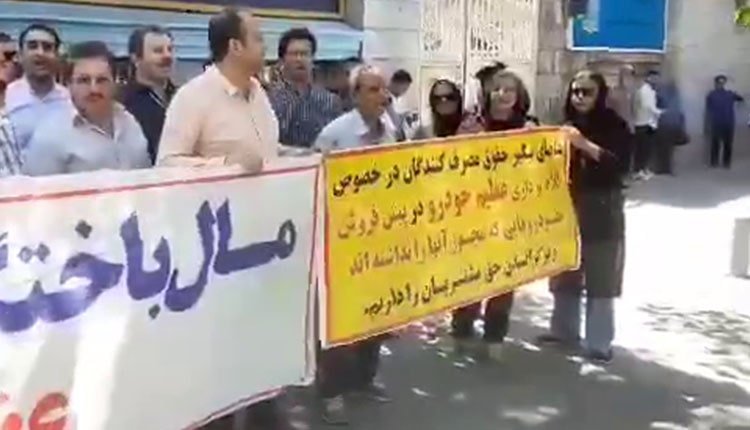 Defrauded investors have also held a number of protests over the past few days where women actively participated in all of them.

Defrauded clients of Azim Khodro held a protest gathering outside the Judiciary’s building in Tehran on Wednesday, June 12, 2019.

On Tuesday, June 11, 2019, a group of defrauded investors of Talay-e Samen held a protest to receive their unanswered demands.

On Monday, June 10, 2019, a group of defrauded investors of Caspian financial institute and Turk activists including a large number of women held a protest gathering in support of Abbas Lessani, the Turk activist who is imprisoned in Ardabil Prison, and demanded his release.

On Monday, June 10, 2019, a group of residents of Toulian village held a protest against repeated disruption of drinking water pumping to their village. They also protested the government’s water and sewage policies and their management of water distribution to the villages in the central part of the province. They held their protests outside the governor’s building in Dehdasht, capital of the city of Kohgiluyeh. Toulian is located 7 kms away from Dehdasht. (The state-run Tasnim news agency – June 10, 2019)