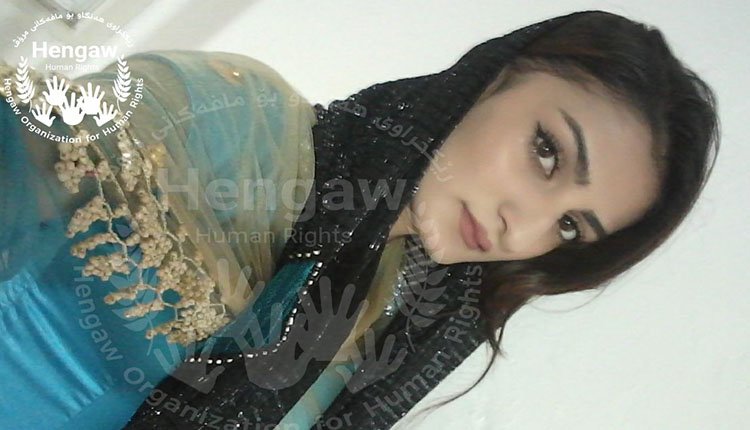 According to the reports of the past month, forcible marriage has been among the reasons for suicide among young women in Iran who in the absence of any legal support, find their only way out of problems in ending their own lives. Following are two tragic stories:

On Wednesday, June 5, 2019, Souma Khedri, 19, ended her own life by taking rice pills. Souma who lived in Kiyouleh village in Baneh (western Iran), had been compelled into forcible marriage with a relative against her own will. Souma Khedri’s family refused to turn her body in to the Coroner’s Office.

In another report on forcible marriage from Piranshahr, Sara Esmaili, 17, who had been forced to marry a relative ended her own life on Friday, May 31, 2019, in the village of Pasveh.

Suicide due to poverty and pressures in the family

Four women by the names of Kajal Mahmoudi, 21, Mahin Mohammadi, Zahra Sharifi, 25, and Shiva Khosravi, 29, committed suicide by taking rice pills on May 29, June 1, 11 and 14 in the cities of Urmia, Abdanan, Ilam and Paveh respectively.

Golpari Amiri hanged herself on Friday, May 31, 2019, after having a fight with her husband. The report did not specify where she killed herself.

According to another report, Kimia Sheikhani, 19, also hanged herself on June 15, 2019. She had returned home to her father after having a fight with her husband.

Two reports on June 15, 2019, from Oshnavieh also said an unidentified young woman in Fajrabad village and an unnamed 20-year-old married woman in Gorgavi village died after committing suicide without specifying their methods.f

A young woman in Mashhad threw herself off a height in Amouzegar Blvd. on Friday, May 30, 2019. She had been under enormous economic pressure. Earlier, on Wednesday, May 22, 2019, in Tehran, a 34-year-old woman and her six-year-old son jumped off the fourth floor of a building, ending her own and her son’s life. (The state-run ROKNA news agency – May 22, 2019)

Kobra Assadi, 20, ended her life by setting herself ablaze on May 29, 2019. The place of her death was not specified in the report.