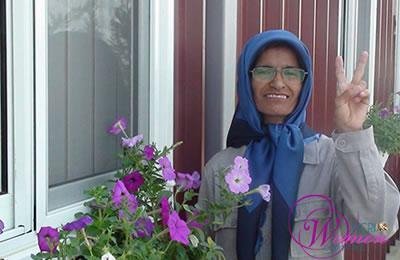 I have lived a life of poverty and deficiency; a poverty which afflicts man to adversities prior to its blessings.

We were twelve children but unfortunately only five of us survived the poverty; four girls and one boy.  I am the second last child.
Ever since I remember, my father was sick and unable to work. He had severe rheumatoid arthritis and his treatment was expensive, making it impossible for our family to afford it.

Hence, our mother also worked hard on his behalf and played the role of both mother and father.
She worked various jobs in order to make ends meet and she eventually managed to send us all to school.

From the very first day I began attending middle school, I remember quite well that I used to question everything.
During our history lessons, which was my favorite subject, I was very attentive and sought the reasons and causes of events. My history teacher was constantly saying, “You always have to ask why, don’t you?”

Gone are the days…

As I became older and attended high school, I had become interested in continuing my studies in geology. But as Khomeini’s rule had pervaded Iran and his misogynist and extremist views were imposed on the educational system, it was not permissible for a girl to study and pursue a career in such fields.  As a result, I chose to study nursing instead.

How I got to know the PMOI

My familiarity with the PMOI dates back to 1978. At the time, in Kerman province, there were a lot of anti-government protests and PMOI were popular among the rallies.

The participation of women, especially young girls, in political activities was not acceptable. I remember when my sisters and I left home to attend classes for recital of the Quran. We used to attend only for an hour, and would spend the rest of the time participating in rallies without my parent’s knowledge. My older sister was more active and in contact with the PMOI, thus she educated me about its history and activities.

Shortly after the revolution, in 1979 and 1980, I can clearly recall my mother’s embroidered sac which I used for carrying around the PMOI’s newspapers and used to deliver them to the houses of trusted friends and acquaintances. I would give each one a bunch of publications and they would take them to their villages and their families.

In the school year of 1980-1981, my first year in high school, I witnessed a scene which has been etched in my memory, forever.
My friends and I used to help out one of our schoolmates, who due to extreme poverty was unable to meet even basic needs. We gave her personal care items as well as clothing.
One time our school’s vice-principal became aware of the clothes we had given her.  The VP then opened the bag of clothing and began mocking and humiliating the innocent girl in front of the rest of students.
This was the scene which sparked my decision and quest to abolish the status quo!

In June of 1981, I was expelled from school and not permitted to write my exams due to my anti-government activities. Despite the expulsion, I attended my examination.
Our hezbollahi (pro-regime) school principal came to the examinations and violently took away my papers. I began to protest and the rest of my classmates started defending and supporting me.
The school ended up completely blocking my record of education, thereafter.
Two years later, in 1983, during my sister’s registration, the principal finally exempted me from the expulsion and decided to give me a chance to write my exams.

In 1986, I participated in our nationwide university examination (concours).  Although I had graduated with high grades and my concours results were satisfactory, and I had been admitted to university, I received a formal letter stating, ‘You are not allowed to enroll in university due to your past history of support for the Mojahedin Organization (PMOI).’
I waited and rewrote the concours examination the following year.  I obtained fairly the same results. My score was high but I was once again denied.
Finally, in spring of 1987, I was allowed to pursue my studies at the Kerman Nursing School because of a change in the regime’s policy regarding those who previously had a political background but currently had no particular group membership.  This policy change was a strategy to recruit the youth for their own agenda.

I chose to study at the university level, especially in nursing, since I really wanted to help the sick and poverty-stricken marginalized people in our villages.
I had first-hand experience of poverty since childhood and had witnessed the difficulties of my father’s illness.
The spark that flared in me during my youth for the vulnerable girl who was in a harder and more painful economic situation than us, kept me in search of some kind of an answer.

I will never forget the time I first entered university.

Although I had a lot of love and hope for my studies, it seemed as if my conscience was not at ease. Perhaps that’s because I thought my main answer could not come from a university or an education which operated in the realm of oppression under the rule of the mullahs. Such a university would not help me serve my people as learning and practicing another science was the main response to my people’s pain, the Science of Struggle.

I finally made my decision in spring of 1988 to go to Ashraf and join the ranks of women and men who dedicated themselves to the liberation of my people.  A place where the science of “struggle for freedom” was taught in its entirety.