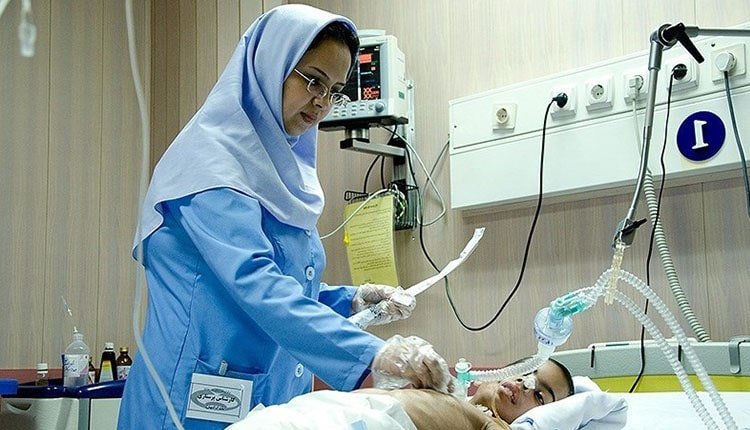 A female nurse died of heart failure during her shift in a hospital in western Iran.

Shaida Geravand was a female nurse working at a hospital in Cherdaval, Ilam Province. Due to legal complications, the National Nursing Organization refused from explaining the reason for the death of this female nurse before the Coroner’s Office. (The state-run ILNA news agency – June 21, 2019)

This brings the number of nurses who have died in Iran due to extreme work pressure over the past three years to at least 21.

Nursing is considered as one of the most difficult and hazardous jobs in the world. In Iran, however, the majority of nurses are not permanently employed and work on temporary contracts, despite the sensitivity of their job and its inherent pressure and harms. While nurses are forced to work overtime, their overtime fees are not paid for between six to twelve months.

Female nurses in particular do not enjoy any form of support due to mismanagement and plunder of the public wealth by government officials, due to their gender.

Nurses are constantly subject to violence by patients and their companies. On the other hand, they are exposed to tuberculosis, hepatitis, influenza, and AIDs. They therefore need to receive support.

Sharifi Moghaddam said, “In many countries, nurses possess safety equipment and they have periodic full checkups, but this is not the case in our country. And nurses in Iran experience incessant pressure. On the other hand, our workforce is one-fourth of the world’s average and we face acute shortage of nursing workforce. This while most of the services in hospitals and health centers are offered by nurses. We have 1.5 nurses for every 1,000 people in Iran, while in Georgia and Tajikistan, there are 6 nurses for every 1,000 patients.” (The state-run Fars news agency – January 5, 2019)

Earlier in November, Sharifi Moghaddam had admitted that there are 30,000 unemployed nurses in Iran who cannot be recruited due to limited funds and lack of employment license. (The state-run Young Journalists Club – October 29, 2018)