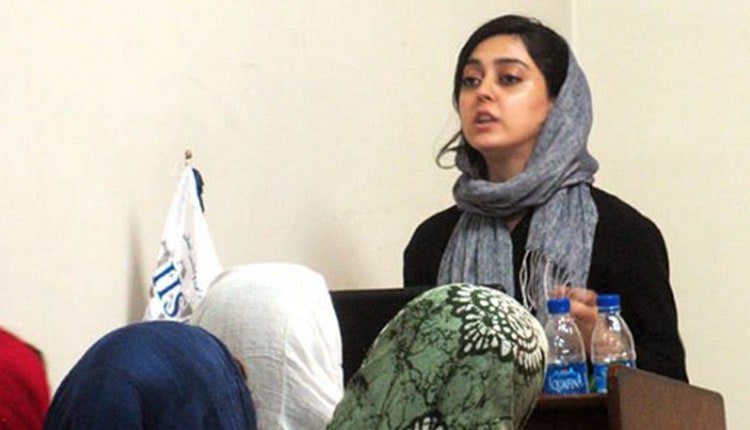 Neda Naji, a female labor activist was beaten by prison guards in the notorious Qarchak Prison near Tehran, resulting in her having blurry vision for several hours.

On Saturday, July 6, 2019, Neda Naji was beaten by prison guards in the span of 24 hours in the Qarchak Prison in Varamin.

According to a non-political prisoner, Neda Naji was transferred to the prison medical clinic afterwards and due to the strike to her head by prison agents, she had blurry vision for several hours.

Neda Naji along with 14 other female labor activists were arrested during the Labor Day protest on May 1 in Tehran in front of the mullahs’ parliament. Neda was transferred from Evin Prison’s Ward 209 to Qarchak Prison in Varamin on June 15, 2019. She said that the lives of her and Atefeh Rangriz, another female labor activist arrested during the Labor Day demonstration, are in danger and nobody hears their voices.

Women’s rights activist, Maryam Mohammadi was arrested at her home on Monday, July 8, 2019, by Ministry of Intelligence agents. There is no news on where she is being held. Previously, Maryam Mohammadi along with two other female activists, Esrin Derkaleh and Nargess Khorrami were summoned to the Evin Prison’s Prosecutor’s Office.

Based on recent news stated by female prisoners, for no specific reason, Shahin Soluki was transferred from the women’s ward to the IRGC Ward 2A of Evin Prison, on June 13, 2019. No news is available on Shahin Soluki’s fate.

Zahra Sadeghi, former female UN employee has been incarcerated in Evin Prison since last year. Zahrah Sadeghi was arrested in June 2018 at the airport after returning from Iraq. After 8 months of solitary confinement in the Ministry of Intelligence’s Ward 209 in Evin Prison she was transferred to the Women’s Wards. Zahrah Sadeghi was sentenced to 10 years in prison in a court in Tehran. Her sentence was deducted to 3 years in prison in an appeals court.