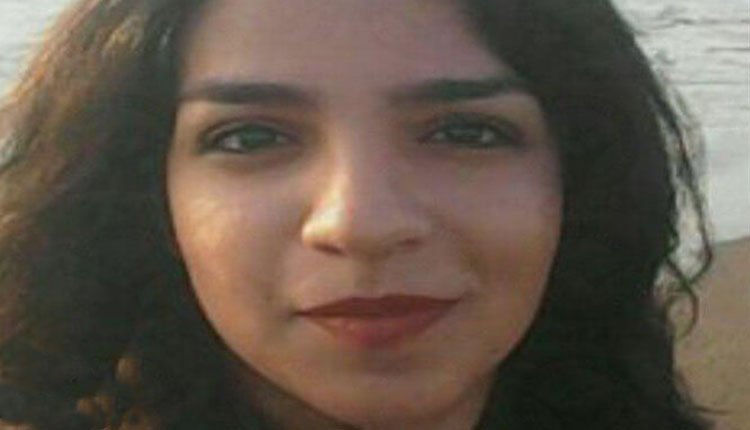 Fatemeh Mohammadi, a former political prisoner was beaten by a Guidance Patrol officer in Tehran on Tuesday, July 9, 2019, and subsequently arrested by the Law Enforcement agents.

A female Guidance Patrol agent harassed Fatemeh Mohammadi and several other women on the pretext of enforcing the hijab. According to Fatemeh Mohammadi, she was beaten by the female agent in the Baharestan area, in Tehran, and her face was injured. When Ms. Mohammadi approached the 119 Police Station to complain about the incident, instead of receiving a response to her complaint she was arrested.

The brutal behavior of law enforcement officers and guidance patrols with women under the pretext of mal-veiling has raised anger and rage among the Iranian people.

On Monday, July 8, 2019, an interrogation session and the final defense of Neda Naji was held at the Prosecutor’s Office of Evin Prison. Ms. Naji’s arrest has been extended for another month. The lives of Neda Naji and Atefeh Rangriz, female labor activists arrested during the Labor Day demonstration in Tehran, are in danger.

Amnesty International issued a statement on three Iranian women’s rights defenders Monireh Arabshahi, Yasaman Aryani, and Mojgan Keshavarz, who were arrested in relation to a video shot on International Women’s Day that was widely disseminated on social media.

Amnesty International stated that “Making criminals of women and girls who refuse to wear the hijab is an extreme form of discrimination. Forced veiling laws violate a whole host of rights, including the rights to equality, privacy, and freedom of expression and belief. These laws degrade women and girls, stripping them of their dignity and self-worth.

On June 26, 2019, these women’s rights defenders were transferred from Shahr-e Ray prison, outside Tehran, to Branch 28 of the Revolutionary Court of Tehran for an indictment hearing. They have said that the judge was abusive to them and said, “You all appear to be [drug] addicts” and “I will make you all suffer”.