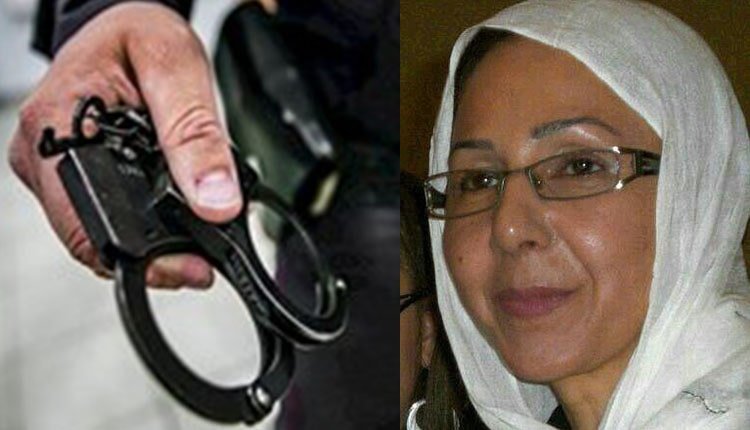 On the eve of the five-day annual gatherings of the Iranian Resistance which are held this year in Ashraf 3 in Albania, the Iranian regime’s Ministry of Intelligence and Security (MOIS) has summoned or arrested scores of families and supporters of the People’s Mojahedin Organization of Iran (PMOI/MEK) in Tehran and other cities. They include former political prisoner Sedigheh Moradi and her husband.

A number of those arrested were former political prisoners and served time in the 80s and 90s.

Former political prisoner Sedigheh Moradi, 57, has a 20-year-old daughter. She was arrested in April 2011, and interrogated and tortured seven months in Ward 209 of the Evin Prison. Her torturers tried to force her into making false confessions against herself on the state television. Her eyes suffered damages and her vision deteriorated as a result of these tortures.

In July 2012, Sedigheh Moradi was transferred to the Qarchak Prison in Varamin and spent several months in inhuman conditions and among dangerous convicts. Soon after, prison authorities were alarmed by her positive impact on ordinary prisoners and isolated her from them.

Ms. Moradi suffered a meniscus tear and tendon injury while in detention. She also suffered from stomachache, jaw pain, toothache, neck arthritis and sciatica. She needed to see doctors outside the prison but prison authorities did not give her leave to receive

She had been freed on November 23, 2016, upon the ruling of the Revision Court of Tehran.

Sedigheh Moradi had been imprisoned twice before in the 1980s. She is a survivor of the massacre of political prisoners in 1988.

In November 2016, she sent out a letter from prison and called for the prosecution of the perpetrators of the massacre. She wrote in part, “In 1981, I was arrested for supporting

the People’s Mojahedin Organization of Iran. During that time, I witnessed how they took away some of the prisoners from my side and sent them before the firing squads. At nights, we counted the coups de grace. I was arrested again in 1985. In 1988, I witnessed the massacre of prisoners from July to September…. I witnessed the executions of those who had finished serving their sentences. They executed a prisoner who was mentally deranged.”