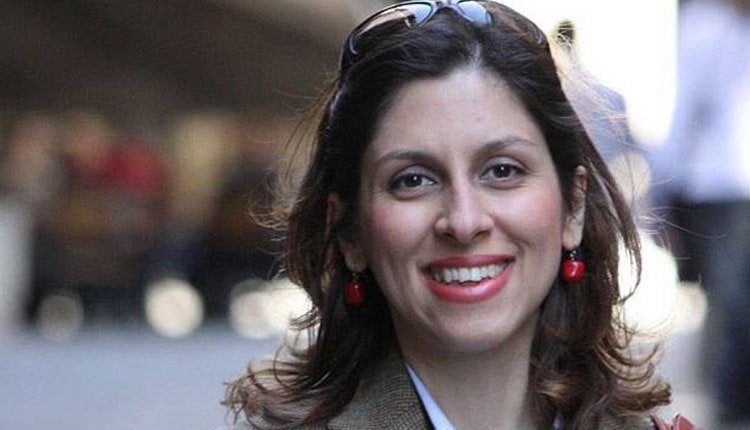 Nazanin Zaghari has been transferred to the psychiatric ward of “Imam Khomeini” hospital in Tehran from Evin Prison. She was handcuffed and shackled when she was being transferred.

Before being taken to the psychiatric ward on Monday, July 15, 2019, she said, “I was healthy and happy when I came to Iran to see my parents. Three and a bit years later and I am admitted to a mental health clinic. Look at me now – I ended up in an asylum. It should be an embarrassment. Prison is getting harder and harder for me. I hate being played in the middle of a political game. I just hate it.”

Nazanin has not been allowed to contact her family or be visited by them. It is not clear how long she would be staying in the psychiatric ward.

Nazanin Zaghari, 40, was transferred from Evin prison to the psychiatric ward at “Imam Khomeini” hospital, where she is being held by the Revolutionary Guard Corps, her father said Wednesday.

A statement from the Free Nazanin Campaign said Nazanin Zaghari’s father had visited the hospital on Tuesday, but was barred from seeing her.

“This is unusual. She has now been kept isolated from family or legal contact under IRGC (Islamic Revolutionary Guard Corps) control for over 36 hours,” the campaign group said, adding that it was not clear how long she would be held at the hospital or what kind of treatment she would receive there.

Nazanin Zaghari went on a two-week hunger strike on June 15, 2019, in protest to her unfair detention, demanding her unconditional release. Her physical problems and illnesses have aggravated since. Richard Ratcliffe, her husband, simultaneously went on hunger strike outside the Iranian Embassy in London.

Nazanin Zaghari was arrested at Tehran’s Imam Khomeini Airport in April 2016 and has always maintained the visit was to introduce her daughter, Gabriella, to her relatives. The couple’s five-year-old daughter, Gabriella, has stayed in Iran with her grandparents since her mother’s arrest. Before being transferred, she was being detained in Tehran’s Evin Prison.