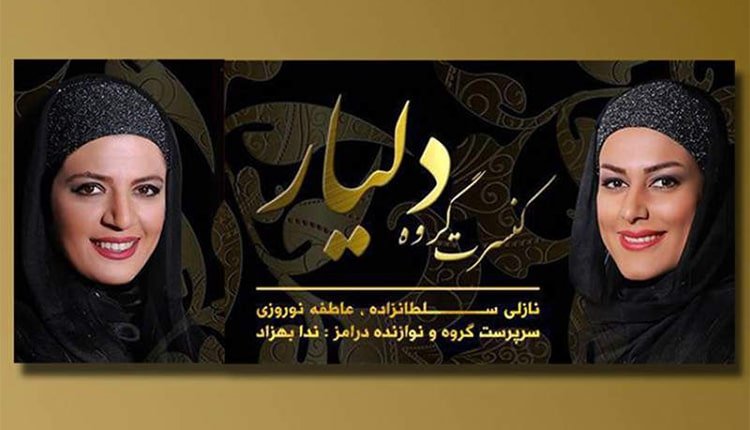 Clampdown on women in Iran stepped up under various pretexts

Clampdown on women has been stepped up in Iran under various pretexts. In recent days, a charity concert by female singers has been cancelled. It has been also announced that wedding ceremonies must be sex segregated. At the same time, the State Security Force agents who had violently treated a young teenage girl were praised.

On Wednesday, July 18, 2019, Delyar musical group was supposed to hold a charity concert at Omid Hospital in Urmia, northwest Iran, the revenues of which would have gone for cancer patients. The concert, however, was cancelled.

The all-women Delyar musical group is headed by Neda Behzad, and its solo singers are Nazli Soltanzadeh and Atefeh Norouzi.

This is while Parisa Alilou, general director for women and family affairs in West Azerbaijan Province said the Delyar musical group with its female singers were scheduled to perform for women and the concert’s revenues would have gone to cancer patients.

In another measure, stepping up clampdown on women and the entire society in Iran, Taghi Afarand, deputy for monitoring public places in Tehran’s Public Security Police, announced that mixed wedding ceremonies are against religious standards and it is totally banned. If any case is observed, it will be dealt with. He said women and men must be completely segregated. (The state-run BORNA news agency – July 18, 2019)

In another news related to the clampdown on women in Iran, the plainclothes agents who had brutalized and arrested a young woman, 16, for playing water guns with her friends in Tehran’s Tehranpars park, were praised by the Commander of Tehran’s State Security Force and granted awards and cash gifts.