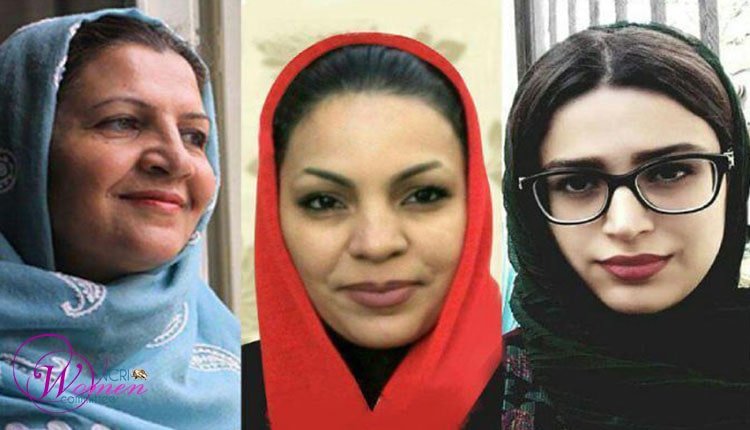 Three Sufi women imprisoned in the Qarchak Prison of Varamin have been transferred to the Women’s Ward of Evin Prison in Tehran.

The three Sufi women are Shokoufeh Yadollahi, Elham Ahmadi and Sepideh Moradi who had been arrested during the crackdown on the protest of Gonabadi dervishes on February 19, 2018, and had been imprisoned in Qarchak Prison since February 20, 2018. Each of them have received a five-year sentence at the first stage of their trials at Tehran’s Court.

In addition, Shokoufeh Yadollahi and Sepideh Moradi have been barred from having any social activities or activities with the media.

The three Sufi women had been held for 18 months in Qarchak Prison where they were not separated from prisoners with ordinary crimes. They were transferred to the Women’s Ward of Evin on Wednesday, July 17, 2019.

The Sufi women were humiliated and brutalized many times because they complained about the dire conditions in the Qarchak Prison and the treatment of inmates by prison officials. They were also deprived for long periods of making telephone calls or having visitors.

Elham Ahmadi published an audio file that revealed the catastrophic situation of Qarchak prison and the lack of medical treatment of women in prison. She was charged with “publishing lies” and “insulting prison officers.” For each of these two accusations, she was sentenced to 74 lashes, a total of 148 lashes.

Ms. Yadollahi suffered skull fracture due to blows dealt to her head at the time of arrest and has completely lost her sense of smell. Prison officials had blocked her treatment for a long time which led to impaired vision and lengthy bad headaches.

Ms. Sepideh Moradi suffered injuries in the hand, elbow and fingers while being arrested during the protest in Tehran. Her legs got burnt due to security forces’ use of tear gas. Ms. Moradi was denied medical care.

News indicate that in addition to the three Sufi women, another two prisoners have been transferred to the Women’s Ward of Evin, but they have not been identified.